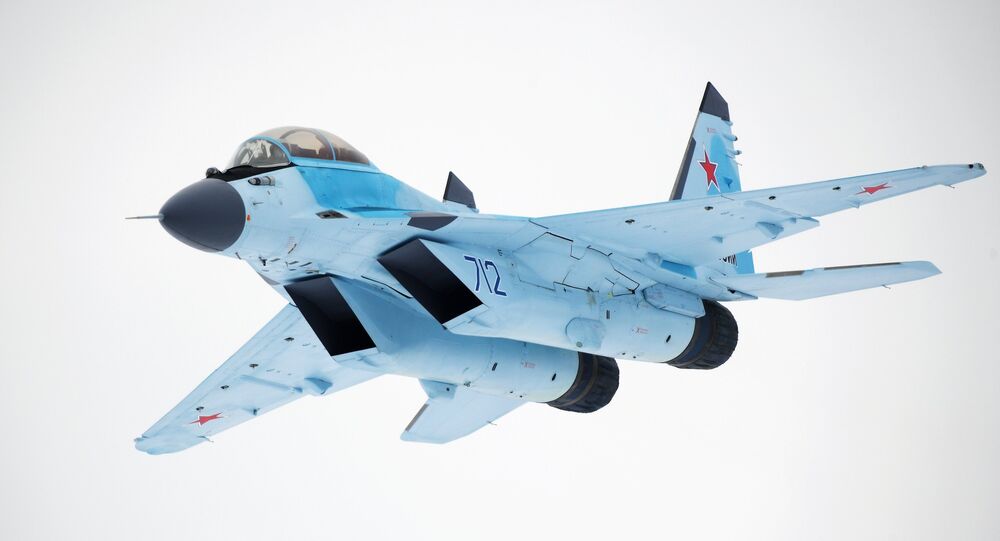 KUBINKA (Sputnik) — The MiG-35 is a multipurpose generation 4++ fighter and an advanced derivative of the original MiG-29 fighter, featuring improved combat capability and flight performance characteristics. It is capable of speeds up to 2,700 kilometers per hour (1,700 miles per hour) and has a combat radius of 1,000 kilometers.

"At this forum we will discuss supplies of MiG-35s with our partners. These are, first of all, Kazakhstan, Turkmenistan, Malaysia, Myanmar, Bangladesh and Latin American countries, in particular Peru," Tarasenko told reporters.

© Sputnik / Ramil Sitdikov
'Maneuverable, Reliable and Comfortable': MiG-35 to Steal the Show at MAKS-2017 (VIDEO)
He also said that the company was currently cooperating with 29 countries, that use MiG-29 fighter aircraft. Tarasenko added that the company completed supplies of 46 MiG-29 fighters under the contract with India last year, and that India was considering to issue another tender to purchase lightweight fighter aircraft. He noted that the company was planning to participate in the tender with its MiG-35 fighter jets.

In July, Tarasenko said that the corporation would begin mass production of MiG-35 fighters in the next two years following the end of testing, noting that the company was considering cooperation not only with the Russian Aerospace Forces but also with the foreign partners.