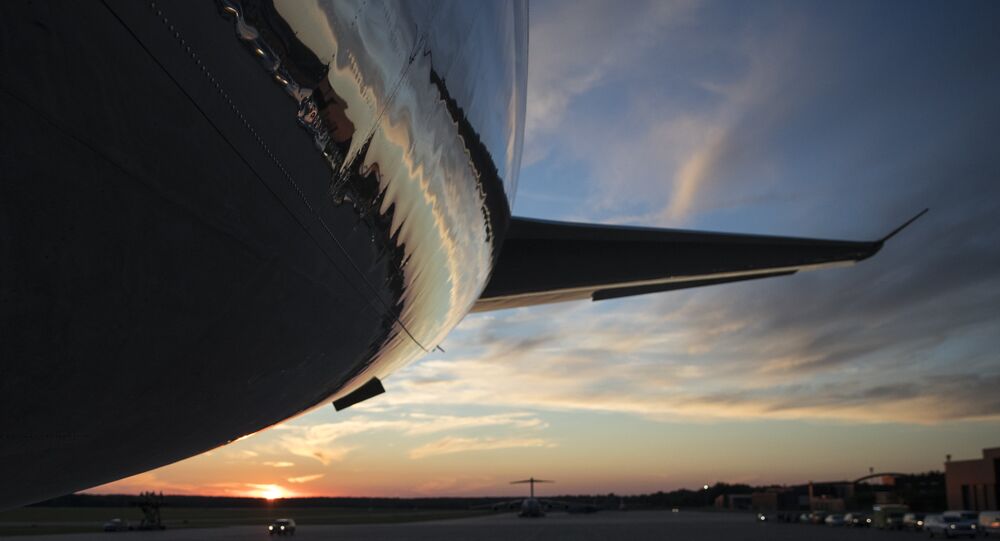 The US is slated to replace its aging Air Force One fleet with two undelivered Boeing 747 aircraft originally intended for a now-bankrupt Russian airline.

Seeking to show that budgetary concerns top the list of important White House policy issues, US President Donald Trump campaigned, in part, on a promise to spend less money on upgrading the POTUS aircraft — Air Force One — and now the United States Air Force (USAF) will fulfill that promise by making a discount purchase of two of the aging planes abandoned by a bankrupt Russian airline.

Sitting in the Mojave Desert of California alongside hundreds of other mothballed aircraft, the two undelivered Boeing 747s must first be completely refitted and upgraded to serve as Air Force One planes, according to Defense One.

The two jets — remnants of 20th century Cold War aerospace technology — were originally ordered by Russia's Transaero Airlines before they went bankrupt in 2015, shuttering operations after 24 years in business.

Transaero was subsequently folded into Aeroflot, Russia's oldest, and still preeminent, airline. The Russian flag carrier declined to pick up the option to purchase the two bereft 747s, and they were stored in California's Victorville Airport, which includes a boneyard facility to house commercial jets awaiting resale or the scrapheap.

But, with a new lease on life, the two 1960s-era passenger jets will now be sold to the USAF for a reported $390 million apiece — a questionable deal, as Boeing lists $386.8 million as their official retail price for one the planes.

"We're working through the final stages of coordination to purchase two commercial 747-8 aircraft and expect to award a contract soon," Air Force spokeswoman Ann Stefanek stated, cited by Defense One.

"This deal is focused on providing a great value for the Air Force and the best price for the taxpayer," asserted Boeing spokeswoman Caroline Hutcheson.

The two lonely aircraft will, following a purchase agreement, be transferred to a Boeing facility for a complete makeover, including a bleeding-edge communications system and top-secret defensive countermeasures, as well as hull hardening to withstand the electromagnetic pulse caused by a nuclear explosion.

A completely new interior — hopefully without gold appointments — will adorn conference rooms, offices and seating for White House staff, invited guests and the occasional sympathetic journalist, according to Defense One.

The US president may never get to experience the fruit of his budgetary labors, however, as once the transaction is completed Trump will need to move heaven and earth to make it to a second term, since the aircraft would not be placed into service until 2021 at the earliest.

The venerable four-engine Boeing 747, first introduced to the air-traveling public in 1970, is currently being phased out of domestic US service in favor of the cost-effective two-engine Boeing 777, as well as other models that take advantage of post-Cold War technological developments.

Trump Air Force One Trips to Florida in February, March Cost Over $1.2Mln