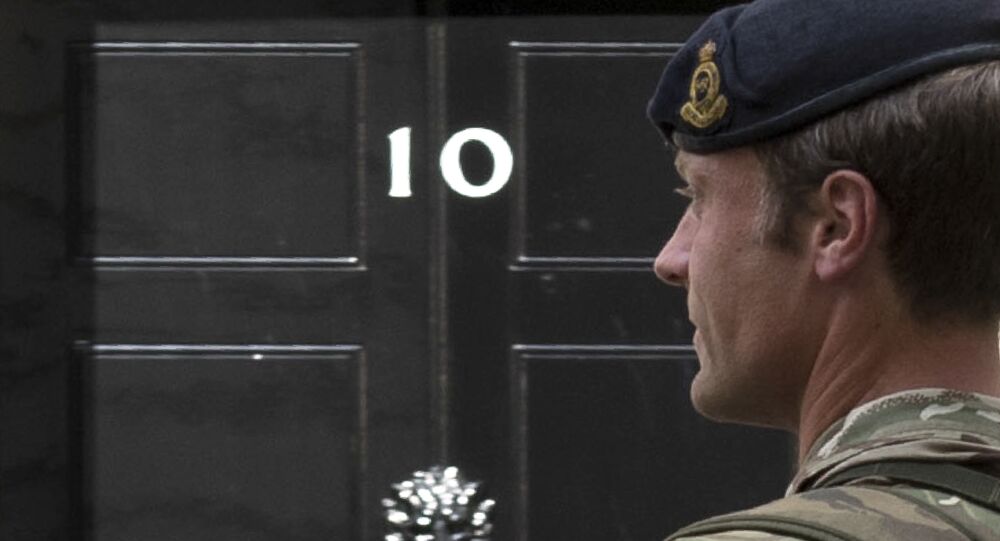 Conservative MP Bob Stewart, a former United Nations commander, described the size of the UK's armed forces as "laughable" and "disgraceful" at a Westminster Hall debate Wednesday, July 19, and called on ministers to exceed the NATO target of spending two percent of GDP on defense.

"Clearly our armed forces are much smaller than they've been in the past. I think it's disgraceful. We haven't got enough troops. It's smaller than our armed forces and our army has been since the 17th century. Of course I want two percent of GDP spent, but actually I want more than that. I want what we need to spend on defense sorted out and we should do all our reviews by looking at what we need, not against some kind of figure," he explained.

Elsewhere in the event, Stewart's fellow Conservative MPs, Leo Docherty and Jack Lopresti, supported his suggestion that the NATO target should be exceeded.

"Mass does matter and it will continue to matter. I'm an advocate and I will always be an advocate for bigger armed forces. In an ideal world, I would like to see somewhere nearer three percent [spent on defense]," said Docherty.

Noting specialist Royal Navy officers are being transferred between different ships due to their short supply, Labour Shadow Defense Minister Wayne David said the UK military was "woefully" under strength, and rumors were rife that there could well be further cuts in the future.

In response, Defense Minister Harriett Baldwin emphasized the government was committed to increasing the UK military budget every year until 2022 (the nominal end of this parliament), spending included a 0.5 percent link above inflation, and the UK remained the fifth largest spender in the world.

One explanation could be Purchasing Power Parity — in some countries, the cost of technology, manpower and the like is much cheaper than the UK. The vast majority of military budgets in any country goes on salaries, social security, benefit, training and supplies, with only a fraction actually spent on military equipment and hardware. One dollar spent in countries such as China, India or South Korea buys a lot more than it would in the UK — perhaps as much as ten times more.

For example, India's Mars Orbiter Mission cost a comparatively trifling US$75 million — the same mission conducted by NASA would cost at least US$400 million.

​However, the issue may go deeper than mere PPP. The UK has a predilection for spending big on high tech military equipment — Defense Minister Baldwin herself noted at the Westminster Hall debate that the government planned to spend around US$250 billion on new kit by 2026.

It's arguable though this dedication to big ticket cash splashing may be wrongheaded.

© Photo : Lockheed Martin
UK Readies to Pay Millions of Dollars for 'Hidden Costs' of US F-35 Fighter Jets
For instance, the UK has pledged to spend around US$15 billion on a fleet of 138 F-35B Lightning II Joint Strike Fighters by 2021. Despite the plane's much vaunted technological primacy, some fear the F-35B's software system could be susceptible to cyberattack from foreign powers — and the first tranche of 48 F-35Bs to be purchased will be the same sort the US was forced to ground in June due to software glitches.

Given the planes are crucial if the UK is to launch its Queen Elizabeth-class aircraft carriers before their 2017 deadline, it may be the government is prepared to overlook budgetary and technological issues to ensure the pair is seafaring by the stated deadline, despite the risks of failure.

Similarly, around six percent of the UK's US$45 billion annual defense budget is earmarked for upgrading the Trident nuclear weapons system — an "independent" nuclear deterrent that the UK government has itself conceded is not independent, and is largely retained to allow the UK to maintain the "facade" of being a global military power.

The only circumstances in which the UK is ever likely to use the weapon, according to official reports, is to give "legitimacy" in a US nuclear attack by participating in it — akin to the UK's role in the US' foreign adventurism since World War Two.

The UK government may do well to rethink its hi-tech cravings. A July Royal United Services Institute report found the country's defense equipment capabilities are extremely vulnerable to low-cost, tech employed by other states.

​As a result, the institute suggested the UK should commit to research, innovation and adaptive technologies for genuine defense, rather than force projection.