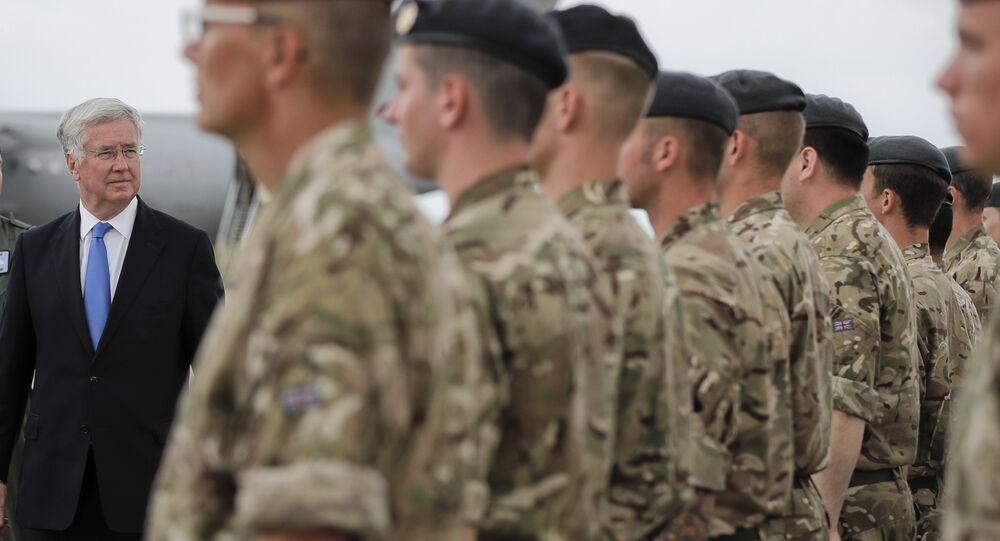 The Royal United Services Institute has found UK defense equipment capabilities, costing tens of billions annually, are vulnerable to low-cost, technology-rich weapons employed by other states - as a result, the UK government should commit to research, innovation and adaptive technologies for genuine defense, rather than force projection.

The "Third Offset Strategy" (TOS) announced by the US in November 2014 stressed the need for a paradigm shift in US military capabilities, to counter increasing anti-access/area denial systems being developed by foes — whether they be "hostile" states or individual actors.

RUSI's paper endorses this core assertion — that potential Western adversaries have indeed developed or are developing threats to major constituent platforms on sea, air and land that significantly increase the risks of deploying such platforms in strategic areas, including the Baltics and the North Sea, East Asia and the Gulf.

Moreover, the hostile elements identified by TOS continue to develop offensive cyber capabilities and technologies threatening the Western use of space for surveillance, communication, navigation and other purposes.

As a result, RUSI believes in any major future conflict, a major part of the battle will be threats to the UK's critical national infrastructure from cyber operations.

In response to the TOS, the British Ministry of Defense (MoD) launched its own Defense Innovation Initiative in September 2016, committing US$1.3 billion (£800 million) over the subsequent decade to research in the field, as well as maintaining the Ministry of Defense's core science and technology budget at a minimum of 1.2 percent of the defense budget.

© AFP 2021 / Philip Coburn
Think Tank Warns of 'Profound Effect' of Brexit on UK Defense Capability
RUSI believes these steps will need to be supplemented by significant changes to encourage a stronger innovation culture within the UK defense community.

Key suggestions from RUSI include; establishing an appetite for risk in the public and private parts of the UK defense enterprise, recognizing the need for experimentation and the inevitability of frequent failure; managing innovation on a program-by-program, case-by-case basis, prioritizing valued areas, and searching for technology demonstrators and prototypes with potential in a range of areas; reviewing the 2017 Defense Equipment Plan to ensure innovation is a guiding principle for capital investment.

Despite its gung ho tone in some areas, RUSI's report also contains moments of extremely dovish sobriety. Noting escalation to the nuclear level in the face of losses at a conventional level seems like a "hangover" from the Cold War and "less appropriate and credible" in the contemporary world, the Institute calls on the UK and its allies to review thinking about how deterrence and conflict avoidance can be strengthened.

Moreover, the report acknowledges many potential adversaries haven't "caught up" with the UK across the full range of defense capabilities — entirely contrary to oft-repeated official claims that state-sanctioned enemies are on a par with, or have surpassed, Western military capacity. Instead, it recognizes such forces have effectively focused their efforts on deflective measures that render such capabilities potentially useless.

As a result, RUSI calls for a shift of emphasis away from force projection and sustenance in the battlefield, to protection of national assets and infrastructure — as a result, some of the UK's military capabilities and hardware, which are unusable or susceptible to debilitating cyberattacks and the like, should be abandoned outright. Instead, alternative arrangements should be sought, including possible increased reliance on allies.

"The effective management of defense has never been easy and has arguably never been so demanding, given the range of challenges on the agenda, the importance of agility in the use of armed forces, and the prevalence of uncertainty and incidence of surprises. The capacity to innovate is a significant aspect of being able to deal with these issues. To maximize the UK's potential in this area, financial changes, as well as a range of behavioral changes, will be needed," the report said.

© AFP 2021 / Dominic Lipinski
Britain's Queen Elizabeth II (2L) listens as Director of Engagement and Advice Alex Dewdney (R) explains how an electricity supply could be subjected to cyberattack, as she attends the opening of the National Cyber Security Centre in London on February 14, 2017.

While the report is oblique when it comes to identifying the specific elements of the UK's arsenal that may need to be abandoned, the potential subtextual suggestion, the country's fixation on Trident may need to be seriously rethought, is difficult to discount.

While billed as a nuclear independent, numerous reports — most notably, a 2014 cross-party parliamentary investigation — have made clear the sub is in no way an autonomous fixture in the UK armory.

© AFP 2021 / Andy Buchanan
British Navy personnel stand atop the Trident Nuclear Submarine, HMS Victorious, on patrol off the west coast of Scotland on April 4, 2013 before the visit of British Prime Minister David Cameron.

The 2014 study made unambiguous what RUSI's report authors may not have wished to — UK leaders should step up efforts to promote multilateral nuclear disarmament, and consider further steps to reduce the country's operational stockpile of nuclear warheads, rather than constantly pump money into a useless weapon.

​"[Trident] has allowed the UK to maintain the facade of being a global military power. In practice, it is difficult to conceive of any situation in which a Prime Minister would fire Trident without US approval…the only way Britain is ever likely to use Trident is to give legitimacy to a US nuclear attack by participating in it. There are precedents for the USA using UK participation in this way…the principal value of the firing of UK cruise missiles as part of the larger US cruise missile attack on Baghdad was to help legitimize the use of such weapons against urban targets," the report said.

In this context, RUSI's suggestion the UK rely instead on allies' military capabilities would in fact be in keeping with Trident — after all, the UK is completely technically dependent on the US for the maintenance of the Trident system. Furthermore, the Royal Navy depends on US air cover to conduct day-to-day "blue water" operations.