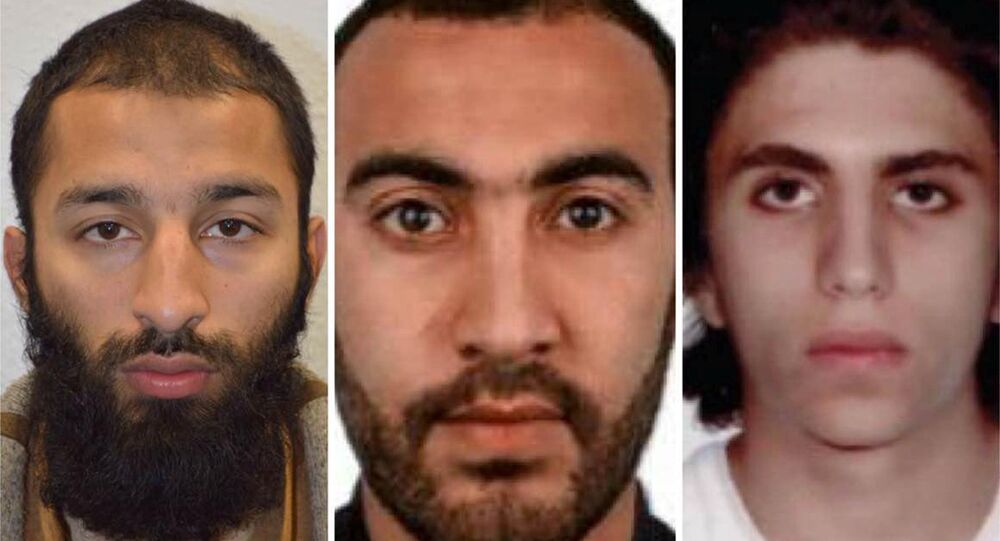 Twelve years ago four suicide bombers blew themselves up in horrific attacks on the London Underground and on a double decker bus, killing 52 people. In recent months attacks inspired by Daesh have become less sophisticated but no less violent.

On July 7, 2005 four men traveled to London from their homes in Yorkshire, committed to killing themselves and inflicting the maximum number of casualties in Britain's capital.

They parked in Luton, just north of London, and boarded a train into the city. All wore rucksacks on their backs, packed with ammonium nitrate bombs, which could be triggered by discreetly pulling a cord.

Three of the men, Mohammed Sidique Khan, 30, Shehzad Tanweer, 22, Hasib Hussain, 18, were British-born but of Pakistani origin while Germaine Lindsay, 19, was a black British man, who left behind a pregnant wife, Samantha Lewthwaite, who later headed to join Daesh in the Middle East and was nicknamed the "White Widow."

The attacks, which injured 784 people, happened the day after London was awarded the 2012 Olympics, and brutally punctured the city's feelgood mood.

Two weeks later another group of four attackers attempted a similar attack. But their bombs failed to detonate.

Today we remember the innocent victims who lost their lives on 7/7 and the heroic efforts of our emergency services and transport colleagues pic.twitter.com/Ku0gH6BL2Q

Daesh expert Kyle Orton from the Henry Jackson Society, said it was possible they might try to mark the anniversary with an attack.

"July 7 is something they will feel is 'theirs' in some way, so I assume the security around it will be very high. But they might risk it. If they can 'mark' it, they will," he said.

In May this year a suicide bomber, Salman Abedi, 22, blew himself up in the foyer of the Manchester Arena, killing 22 people who were coming out of an Ariana Grande concert.

© REUTERS / Jon Super
Concert goers react after fleeing the Manchester Arena in northern England where U.S. singer Ariana Grande had been performing in Manchester, Britain, May 22, 2017.

But there have been two other attacks in London in 2017 which used far less sophisticated means.

In March Khalid Masood, 52, ran people down on Westminster Bridge in a van and then stabbed a police officer and several other people outside Parliament.

Then last month three men in a van ran down people on London Bridge before launching a horrific attack in Borough Market, using knives, before they were shot dead by police.

"A lot of people, inspired by Daesh, have gone out and carried these easy attacks. It goes back to 2014 when (Abu Mohammed) al-Adnani, the former spokesman for Daesh, said 'Go out and drive a car, stab people.' That's why we're seeing what we have seen," he said.

"There have been more planned attacks, like those in Paris in 2015 and those in Brussels in March last year, but we're seeing more low-level attacks," Dr. Lowe told Sputnik.

Earlier a report by the Henry Jackson Society said Saudi Arabia was responsible for funding Islamist extremism in Britain and an official government report on the funding of terrorism is sitting on Theresa May's desk amid speculation that it also points the finger at Saudi Arabia.

"Saudi Arabia has been accused of funding terrorism for a long time because of the Wahhabism but don't forget that last year during Ramadan both Medina and Mecca were targeted by Islamic State and over the last few years they have been targeted by al-Qaeda and Daesh," Dr. Lowe told Sputnik.

Former counterterrorism officer David Videcette, who was working at the time, said the attack came completely out of the blue.

"We were not expecting anything to happen. A lot of our staff were in Gleneagles in Scotland for the G8 summit and we were very understaffed. There simply wasn't intelligence at all to suggest that an attack was imminent and we were caught completely unaware," he told Sputnik.

"We hadn't seen anything like it in the UK ever before. Yes, we had Lockerbie in 1988, which had caused mass casualties. But the IRA, which was the sort of terrorism we had been used to, was attacking infrastructure and was single-site attacks. 7/7 in many ways was unprecedented. They were suicide bombers and they were multi-site attacks and we hadn't dealt with anything of that magnitude before," Mr. Videcette told Sputnik.

He said since 2005 Osama bin Laden has been killed and al-Qaeda has been replaced by Daesh as the main threat.

Mr. Videcette said the idea of "blunt force" attacks had come from Palestine.

"Because of the lockdown of Palestine, they haven't been able to get hold of guns or explosives, so they developed these blunt force attacks, where they were using vehicles and weapons to stab people with. Over time we have seen, especially in the UK, that Palestinian type of terrorism moving here and being adopted by those who are attaching themselves to Daesh," he told Sputnik.

He said that even if Daesh loses all its territory in Syria and Iraq the threat of jihadist terrorism will remain.

"Until bin Laden was killed, we had a threat from al-Qaeda, but they continue to develop. We have moved them out of Afghanistan, but now they have moved very much into northern Africa. There has been a lull in their activity, but they are still a very dangerous organization. They do have aspirations to carry out large-scale attacks on western targets again. At the moment they don't have the capability but they are getting a foothold in northern Africa," Mr. Videcette concluded.

Chaos and Carnage After 7/7 London Bombings: the Inside Story