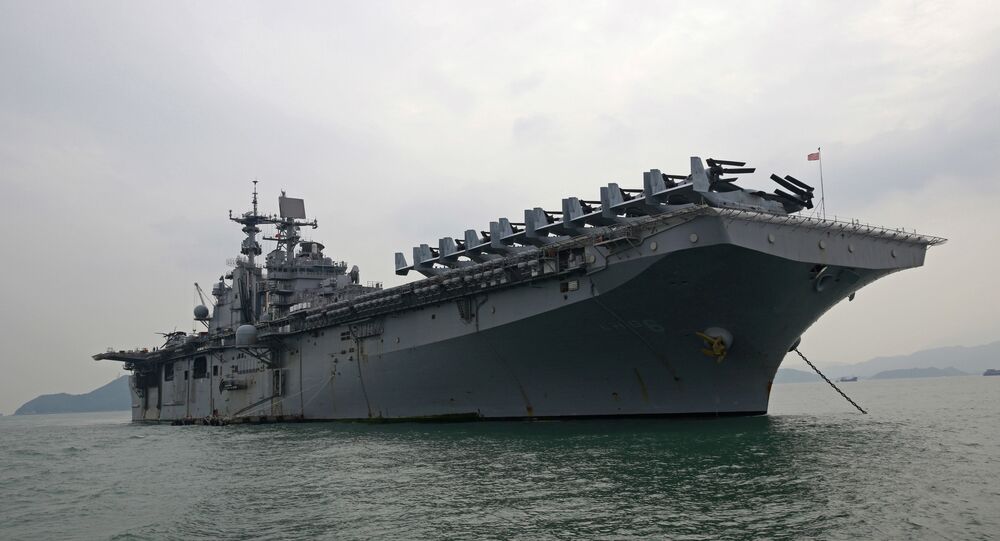 On Thursday, the USS Bonhomme Richard made its way toward Sydney as Australian and US forces commenced their Talisman Saber exercise, the seventh of the large biennial training drills.

According to a Navy statement, more than 33,000 service members from the US and Australia will participate in "high-end warfighting scenarios” designed to “innovatively prepare for regional and global security challenges."

The statement adds that Talisman Saber, jointly sponsored by the US Pacific Command and the Australian Defence Force Headquarters Joint Operations Command, will be mostly sea and land based. It will take place in and around Australia and include “live and virtual training exercises” and amphibious landings.

More than 200 aircraft will be participating, including advanced F-35B Lightning II stealth fighters and tilt-rotor Ospreys, along with 21 ships including the Bonhomme Richard Expeditionary Strike Group and the USS Ronald Reagan aircraft carrier.

"Exercises like Talisman Saber are precisely where we really learn how to take advantage of cutting-edge technology to outpace our adversaries," Adm. Harry Harris, head of US Pacific Command, said in a US Navy statement saying.

During the exercise’s opening ceremony, Harris said he challenged all branches of the US armed forces to "find new ways to enable our joint and multinational combined forces to be faster, more precise, more cost-effective and most importantly, more lethal."

Speaking of Talisman Saber’s symbolic value, Harris told reporters, "I’m pleased about that message it sends to our friends, allies, partners and potential adversaries … I think this demonstrates the importance of alliances in general and the value of this alliance in particular."

On Wednesday, the commander made his third trip to Australia in roughly half a year, telling an audience at Brisbane’s Australian Strategic Policy Institute that Washington takes its relationship with Australia seriously, and that the alliance between the two countries could help stop the spread of jihadist extremist groups. Australia is a global leader in the fight against Daesh, he pointed out.

Raytheon Receives Over $652Mln to Provide US Navy, Allies With Aegis Missiles