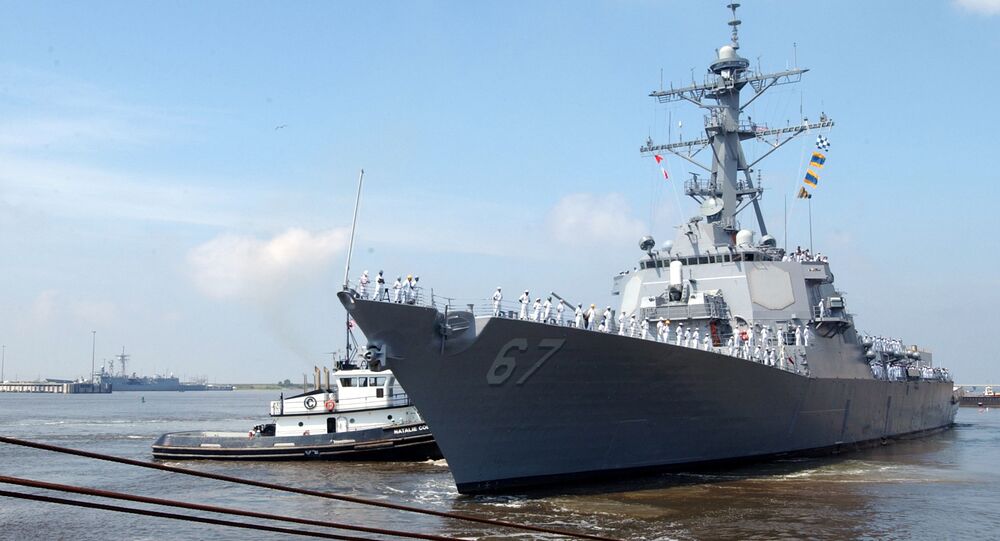 US Navy Officer Court-Martialed as Part of Massive Corruption Probe

A US Navy officer has been charged by a military tribunal with crimes related to the enormous “Fat Leonard” corruption case, where numerous high-level Navy officials have been accused of providing classified information to Singapore-based maritime supplier Glenn Defense Marine Asia (GDMA) in exchange for bribes and prostitutes.

Commander David Alex Morales, 49, a former pilot of a US Navy F/A-18 Hornet, has been accused of bribery, graft, prostitution and adultery. Gifts included travel, stays at luxury hotels, tickets to see Spanish musician Julio Iglesias, and "four suckling pigs". Morales has also been accused of lying to his commanders and failing to report at least one foreign contract.

Between 2012 and 2013, Morales has been accused of conspiring with Leonard Francis to influence ship schedules to give GDMA a competitive advantage in contracts with US Navy vessels. Francis, the "Fat Leonard" who gives the scandal its name (due to his reported 350 pound frame,) is the president of GDMA and has pled guilty to orchestrating the massive conspiracy that the Washington Post called "perhaps the worst national-security breach of its kind to hit the Navy since the end of the Cold War."

Prosecutor Cmdr. Angela Tang presented text messages and emails exchanged between Leonard and Morales. According to a Navy statement, the messages proved that Leonard supplied Morales with valuable gifts, and Morales in turn supplied information on personnel and unclassified ship movements.

There is no evidence that Morales leaked classified information, according to prosecutors. This means he will dodge a charge of espionage. Morales' defense attorney, Frank Spinner, argued against the charges of bribery and graft, saying that there was no evidence of either in Morales and Leonard's communications.

Morales is a 30-year veteran of the Navy, having enlisted in 1987 and having worked as first a fighter pilot, then a logistics officer. According to Tang, Morales was a late addition to the conspiracy that dates back to the early 2000's.

Over 200 people, including 30 admirals, have been investigated in relation to the "Fat Leonard" conspiracy. In June 2016, Rear Admiral Robert Gilbeau was convicted of making a false official statements to cover for Leonard and was sentenced to 18 months in prison. Three other admirals have been disciplined by the military. An additional eight Naval officers, including one admiral, were indicted in March 2017.

"The sharks have been prosecuted. What's left is the minnows," said Spinner.

However, Morales is the first of those charged to be prosecuted in a military court, instead of a federal one. "The Navy is clearly invested in getting this right," said former Marine and military attorney Robert Brackwell. "I'm glad to see them pursuing an officer at court-martial for what I see as very serious misconduct who might otherwise escape criminal prosecution. That said, I also believe if the Navy had been allowed by U.S. DoJ to handle all these cases from the start, there would have been a few token cases and the entire matter would have withered away without a single flag officer facing a judge."

US Ambassador Accuses UN Human Rights Council of Being 'So Corrupt'