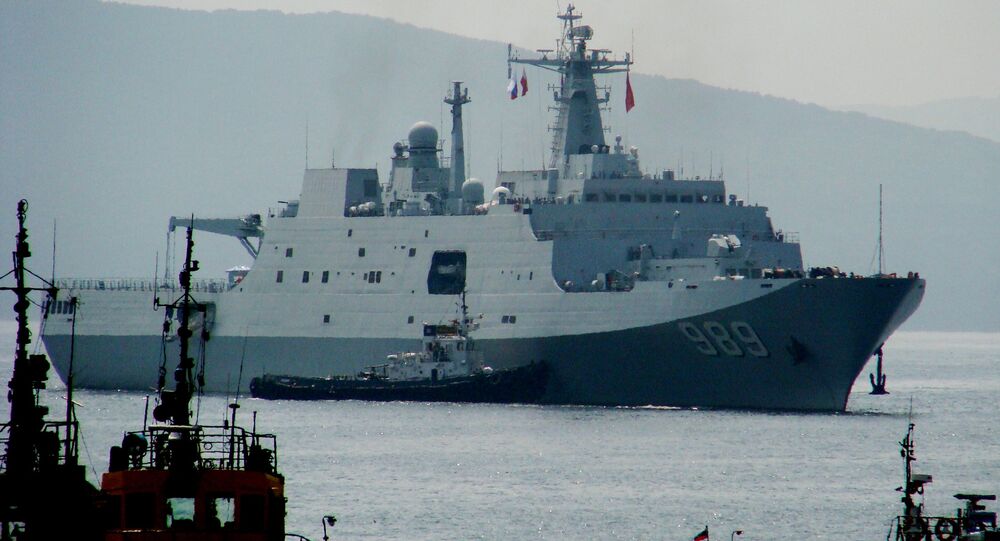 Pakistan is renewing a 2011 call to the People’s Liberation Army Navy to construct and operate a naval base on its coast, according to a Pakistani diplomat.

Islamabad needs an “equalizer” against India, the emissary noted in comments published at the Asia Times. “Previously, it was the US and Saudi Arabia… Now, it’s China,” he said.

A recent report prepared by the Pentagon signals Washington is growing concerned with the activities of the world’s largest army and burgeoning naval fleet. The US Defense Department anticipates that diplomatic chatter may materialize in the form of an actual base, perhaps in Gwadar Port in Balochistan, a trading hub Beijing seeks to develop with investment as part of the One Belt initiative.

Jiwani and Ormara are also said to be potential sites for a new navy base.

“China most likely will seek to establish additional military bases in countries with which is has a longstanding friendly relationship and similar strategic interests, such as Pakistan,” according to a Pentagon report on Chinese military power published May 15.

“China’s expanding international economic interests are increasing demands for the PLA-N to operate in more distant maritime environments to protect Chinese citizens, investments, and critical sea lines of communication,” the report to the US Congress added.

The only hiccup the US Defense Department sees as a potential roadblock to the PLA-N bases is “the willingness of countries to support a PLA presence in one of their ports.” But Islamabad has been receptive to PLA-N’s presence in the past. In May, 2016, a nuclear-powered Chinese attack submarine visited Karachi, Pakistan. The event marked the PLA-N’s “first port call in South Asia by a nuclear submarine,” the Pentagon noted.

Sameer Lalwani of the Washington-based Stimson Center told Asia Times that Beijing’s deployments may include intelligence or naval resources, “air forces to support missions in Central Asia, or even Special Forces or counterterrorism strike capabilities.”

Meanwhile the PLA-N has recently practiced naval drills with Iranian destroyers on the eastern side of the Musandom Peninsula in the waters of the Strait of Hormuz and the Gulf of Oman as Riyadh and Washington seek to further isolate Iran, according to the Islamic Republic News Agency.

Last week, Iranian vessels directed lasers at US Navy combat ships and helicopters on route to the Persian Gulf. The actions were “unsafe and unprofessional,” a USN spokesman said, though no injuries were reported.