The oxygenation problems in the fifth-generation F-35As that have caused the grounding of 25 percent of all F-35s produced by Lockheed Martin date back six years, the US Air Force has just admitted.

"Physiological events" is a bloodless euphemism for what can be a life-threatening experience, according to F/A-18 Super Hornet pilots. A US Navy Super Hornet pilot recalled what happened after an issue with his air flow regulators in comments to the Navy Times: "That’s when I realize my lips were tingling, my fingers are tingling, and I’m like 'Sh*t, man, something’s wrong' … And the guy in back’s like, 'Hey, dude! My fingers are blue!'" 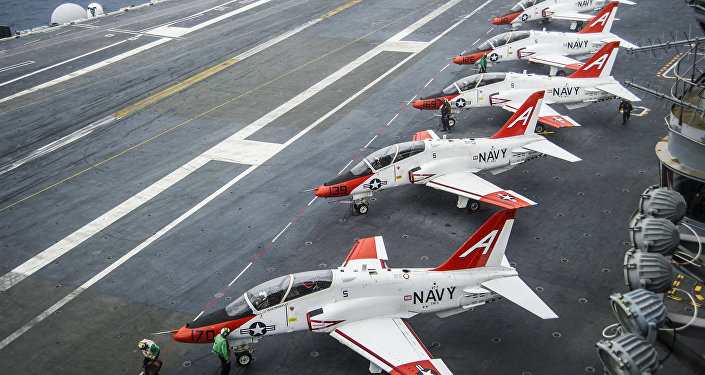 The airmen had to get out of the sky at the point, landing on a rocky area in the Sierra Nevada Mountains where peaks can reach 6,000 feet. “So the problem is, how low can you go? And you’re doing this hypoxic,” the pilot said anonymously, afraid of jeopardizing his 10-year flying career in the Navy.

Hypoxia is the biggest fear for Super Hornet aviators, the Navy Times reported. That concern may soon spread to Joint Strike Fighter pilots too.

The military continues to downplay concerns publicly. "In all cases, pilots were able to safely recover the aircraft via established procedures," Graff said in an email to Military.com. "Overall, physiological events occur at low rates in all Air Force aircraft."

A whopping one-third of the hypoxic episodes from April 2011 to June 2017 occurred between May 2 and June 8 of this year, ultimately forcing the service to indefinitely ground the jets.

Military veteran and US Senator John McCain expressed concern about the issues occurring at the Luke Air Force Base in McCain’s home state of Arizona. “I share the concerns of our military commanders, and believe it is critical they identify the root cause of these incidents and take the necessary steps to ensure our pilots return to safe flying operations,” the 2008 Republican presidential candidate said on Wednesday.

Hypoxia has taken a toll on pilots on a spectrum of US military aircraft in use today, including F-22 Raptors, the F/A-18s as mentioned above, T-45 trainers and now F-35s, too.