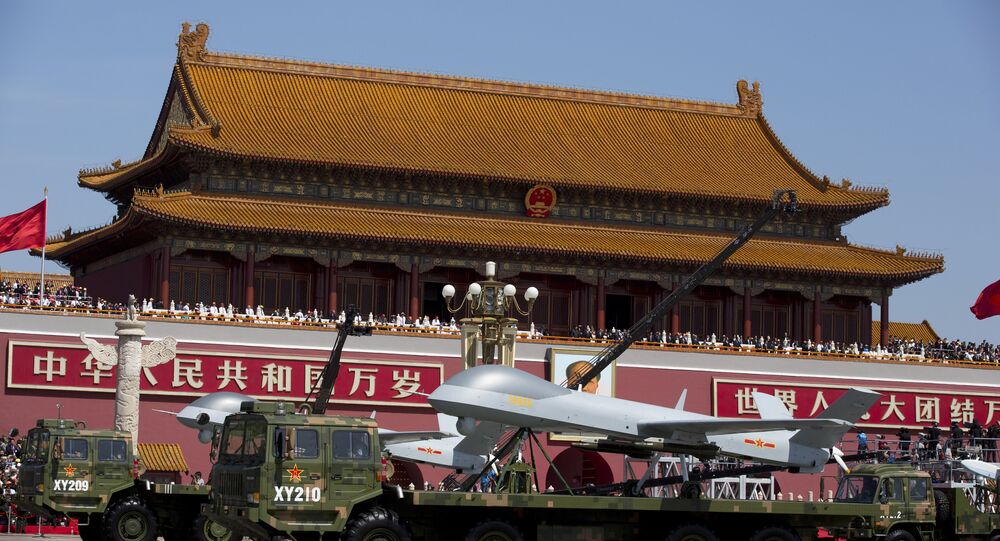 The huge scale of low cost and multi-function UAVs could be used in risky tasks such as emergency communications.

© Photo : US Air Force
US Air Force to Phase Out MQ-1 Predator Drone in Favor of MQ-9 Reaper

CETC engineer Zhao Yanjie said since drones were invented in 1917, intelligent swarms have "changed the rules of the game."

In November 2016, the CETC launched 67 drones during the China International Aviation & Aerospace Exhibition in Zhuhai, South China's Guangdong Province, breaking the previous record of 50 drones by the US Navy, CCTV reported.

The development of the UAV industry has accelerated in recent years.  There were over 100,000 drones in China in 2015, with the number multiplying each year, people.cn reported in February.

The drone market in China is expected to reach 75 billion yuan ($11 billion) by 2025, according to an iResearch report last year, Xinhua reported.