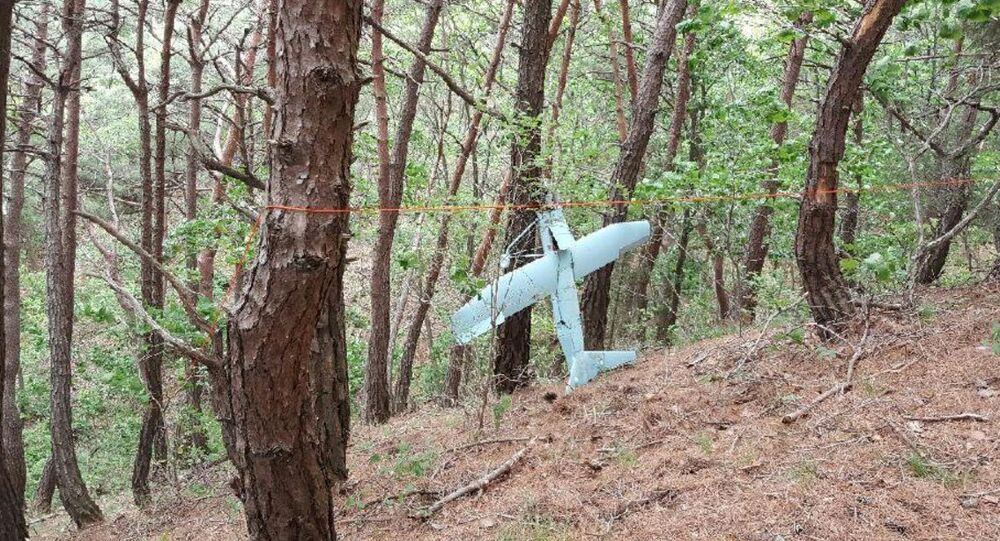 That may soon change.

What appears to be a North Korean drone was discovered by a South Korean military official in the mountainous Inje County in Gangwon Province, South Korea’s Yonhap News Agency reports, citing the South Korean Joint Chiefs of Staff. The drone was found near a resident’s house, but it’s not clear what the drone was doing.

The officials determined that the drone likely has its origins in North Korea based on the downed UAF’s physical characteristics: they resemble previous drones collected by the South. Military officials told Yonhap that they expect to "take about 10 days to get the results of the analysis"by which authorities will be able to verify and authenticate where the 1.8 meters long, 2.4 meters wide vessel came from.

The presence of a camera attached to the drone suggests it’s likely North Korea sent the device on an intelligence gathering mission, perhaps to collect geo-spatial data.

"The drone found this time looks sloppy but slightly more slender than previous ones," an anonymous source from South Korea’s military divulged to Reuters.

Since 2014, multiple drones have been discovered along border towns in South Korea. The US and South Korea have said the drones are espionage tools; Pyongyang says that’s a fabrication.

A senior North Korean defector claimed that DPRK’s arsenal of 300 drones could be equipped with biochemical weapons and strike Seoul within an hour of being ordered to move, the Washington Times reported in May.

The UN Security Council has an ongoing ban against supplying, selling or transferring weaponized or surveillance drones to North Korea.