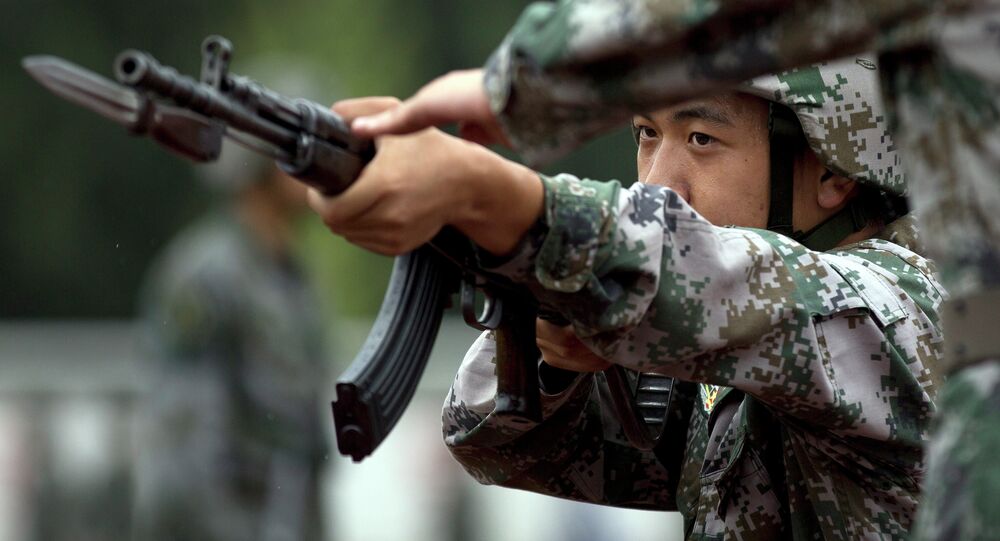 The Pentagon recently submitted to the United States Congress its annual report assessing the capabilities of China’s military and related issues of US national security.

"We hope the US will abandon this Cold War mentality and look at China's military development rationally and safeguard bilateral relations by taking concrete action," said Hua Cunying.

First, the Pentagon accused China’s military of conducting cyberattacks around the world, including on American government systems.

"Computer systems around the world, including those owned by the US government, continued to be targeted by China-based intrusions through  2016. These and past intrusions focused on accessing networks and extracting information. China uses its cyber capabilities to support intelligence collection against US diplomatic, economic, and defense industrial base sectors," the document reads.

Second, the Pentagon says that China wants to create a global network of overseas military bases, starting, for example, from Pakistan.

"In February 2016, China began construction of a military base in Djibouti that could be complete within the next year. China likely will seek to establish additional military bases in countries with which it has longstanding, friendly relationships and similar strategic interests, such as Pakistan, and in which there is a precedent for hosting foreign militaries," the report read.

© AP Photo / Xinhua
Mattis Says US to Oppose China’s Island Construction in South China Sea
Third, the US accuses China of an aggressive policy in the South China Sea, including military construction on the Spratly Islands. For the first time, the report mentioned "maritime militia."

According to the document, the China Maritime Militia (CMM) is a subset of China’s national militia, an armed reserve force of civilians available for mobilization to perform basic support duties. The Pentagon said that China uses the CMM and fishermen to project force in disputed waters.

Finally, the Chinese military continues preparations to seize Taiwan in the event of a crisis.

"China’s leaders remain focused on developing the capabilities to deter or defeat adversary power projection and counter third-party intervention – including by the United States – during a crisis or conflict," the report read.

© AP Photo / Jason Straziuso
New Chinese Military Base in Africa Presents Security Concerns for US
The Pentagon also noted that China’s defense budget is larger than official data say. US military analysts also suggested that despite a slowdown in the economy, Beijing is likely to increase military spending.

"Using 2016 prices and exchange rates, the DoD [US Department of Defense] estimates that China’s total military-related spending for 2016 exceeded $180 billion U.S. dollars; however, it is difficult to estimate actual military expenses, largely due to China’s poor accounting transparency," the document read.

According to official data, China’s military budget in 2016 was nearly $144 billion.

© Sputnik / Maria Chapligina
Eye in the Sky: China Rolls Out Advanced Radar for Jet Fighters
The Pentagon also placed much emphasis on the military-technical development of the Chinese armed forces.

According to the report, in 2015, China established the Strategic Committee of Science, Technology and Industry Development for National Defense. In 2016, China’s Central Military Committee established a new commission, the Science and Technology Commission. Both agencies are aimed at promoting civil-military integration and developing dual-purpose technologies.

In 2016, Chinese President Xi Jinping said that the military should focus on advanced technology.

In 2016, the five-year plan for 2016-2020 was adopted. It outlined the main spheres for R&D in the military, including space and aviation engines, quantum technology, hypersonic technology, robotics, artificial intelligence and space exploration.

© AFP 2021 / AAMIR QURESHI
China's Military Budget Grows by 8.5% Despite Economic Slowdown - Pentagon
According to US military analysts, some civil technologies are likely to be crucial for the Chinese military, including new materials, lasers, underwater monitoring systems and virtual reality.

The report noted that in recent years, China has grown less dependent on foreign technology in the military, including in the army, navy and space. At the same time, there are several less developed industries in China, including engine manufacturing, electronics and high-precision engineering tools.

China seeks some high-tech components and major end items from abroad that it has difficulty producing domestically, including from Russia and Ukraine. China also attracts specialists from abroad and establishes overseas R&D centers. Moreover, China utilizes a wide range of espionage activities to support its military modernization.