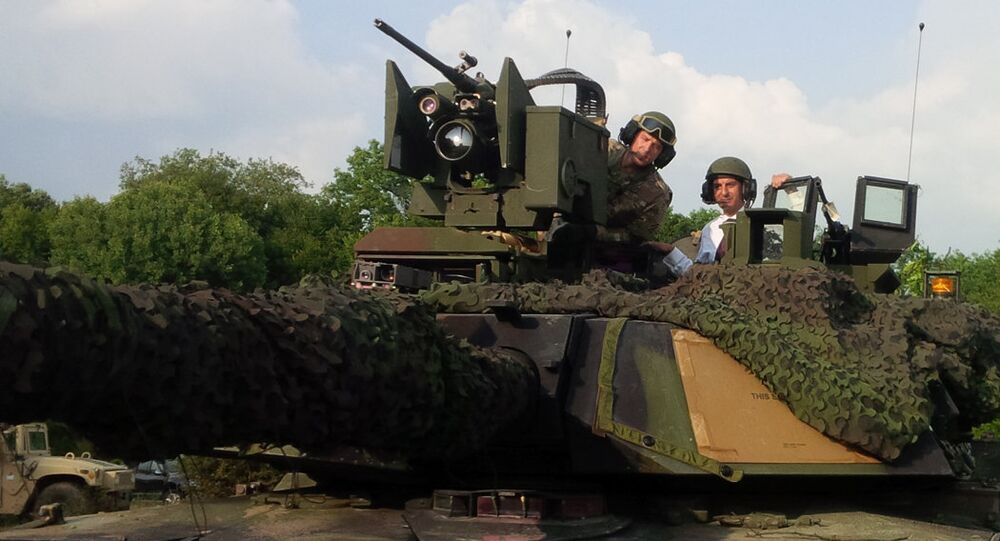 'Deterrence in Action': US, Allies to Launch Huge War Games Near Russian Borders

Bulgaria, Hungary and Romania will play host to a huge military training exercise involving tens of thousands of troops – as tensions between NATO and Moscow are already running high.

Saber Guardian’s wide scope of activities will include live fire of  air defense munitions, field training, river crossings and a “mass casualty exercise,” the US Army said in a Wednesday statement. “It is deterrence in action.”

According to US Army Europe, around 25,000 troops will participate in the joint collaboration from July 11 until July 20. The goal of the biggest Black Sea Region exercise is to serve as a “premier training event” for troops to “improve interoperability under a unified command.” This year’s event will be the biggest ever in terms of scale and scope: ultimately, the US Army seeks to showcase “the ability to mass forces at any given time anywhere in Europe.”

The Pentagon’s European Command said an unknown number of B-1B strategic bombers will be joining the party, along with 3 B-52 Stratofortresses. Business Insider reported that 4,000 sailors, 50 ships and submarines and 50 aircraft are among the other military assets commanders will use to prepare for war-like scenarios.

On Tuesday, a Russian Su-27 intercepted a B-52 cruising above the Baltics.

Russian President Vladimir Putin recently told US film director Oliver Stone that “no one would survive” a “hot war” between Washington and Moscow.

“Therefore, why does NATO keep existing?” Putin asked. “My impression is that in order to justify its existence, NATO has a need of an external foe, there is a constant search for the foe, or some acts of provocation to name someone as an adversary.”