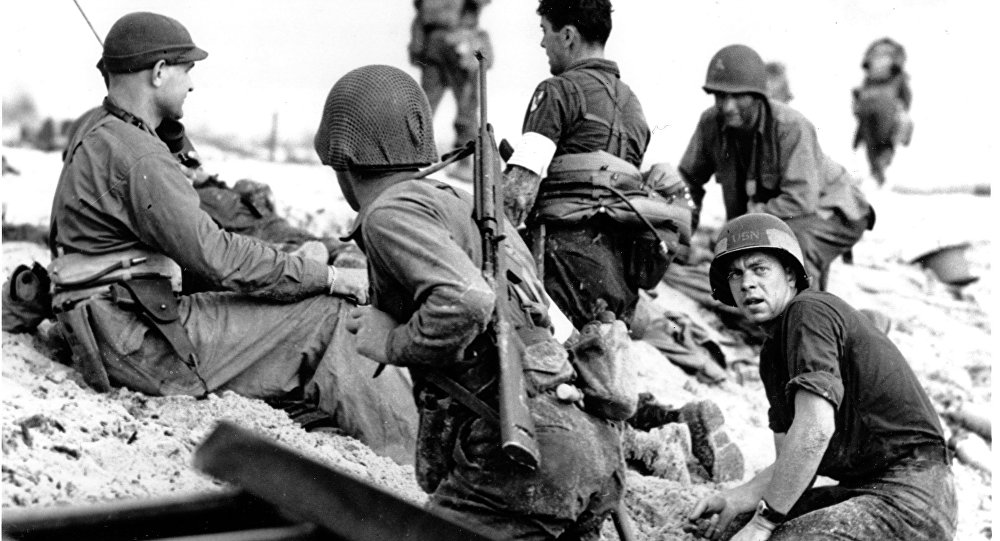 D-Day's 73rd Anniversary: Why Everything You Know About the Landings Is Wrong

June 6 marks the 73rd anniversary of the celebrated 1944 D-Day landings, which saw American, British and Canadian forces storm the beaches of Normandy, Northern France. The start of the Western Allied invasion of Europe and commonly regarded as a key turning point in the war, is an event many misunderstand.

Planning for Operation Neptune began a year previously. Western forces had not set foot in Europe since June 4 1940, when Operation Dynamo rescued 340,000 British and French troops from the beaches of Dunkirk.

In the intervening years, a reinvasion of the continent had been much-yearned for, but was an intangible objective — Nazi Germany occupied every country on the European perimeter, and constructed a comprehensive defensive system (dubbed "Festung Europa" — Fortress Europe) to repel any invasion forces.

​Until the latter months of 1941, Britain had nowhere near the requisite human and material capabilities to stage anything like such a daring feat — and even with Nazi Germany's military attentions turned to the Soviet Union, and the full entry of the US into the war post-Pearl Harbor, this inequity largely persisted.

However, by 1943, with the US' peerless industrial capacity firing powerfully, and the mighty Red Army having turned the tide of battle at Stalingrad, the decision to undertake a cross-channel invasion and open a Western front in the European theater of war was made concrete.

At the November 1943 Tehran Conference, Franklin Delano Roosevelt and Winston Churchill promised Joseph Stalin the long-delayed second front would be opened by May the next year.

​The wily Western Allies conducted several deception operations to mislead Nazi Germany as to the date and location of their planned landings. Under the auspices of Operation Fortitude, a misinformation campaign used fake radio traffic to lead the Nazis into expecting an attack on Norway, and parachuted dummies and inflatable tanks were used to create a fictitious military buildup in Kent and Sussex, which led the Germans to believe the main attack would take place at Calais.

D-Day 73 yrs ago they stormed the beaches to liberate Europe from the Nazis. Let's thank them for their courage & sacrifice. #DDay73 pic.twitter.com/GgRQtv3qqn

Starting at 06:30 on June 6, Allied troops began landing on the target 80 kilometer stretch of the Normandy coast by boat, plane and parachute, in five separate sectors —  Utah, Omaha, Gold, Juno, and Sword. The soldiers were welcomed by heavy fire from gun emplacements overlooking the beaches, and arrived to find shores heavily mined and peppered with obstacles such as wooden stakes, metal tripods, and barbed wire.

It was the invasion to save civilization—and Robert Capa was the only still photographer to wade with troops during the D-Day landing. pic.twitter.com/40Ey8PKUhm

​D-Day perhaps deservedly goes down in history books as a defining event in World War II — an act of mass, collaborative heroism, and one of several events that marked the point of no return for Nazi Germany in the epic conflict. Nonetheless, it is a widely misunderstood WWII chapter.

For one, while in hindsight the Allied militaries' progress provided an invaluable foothold from which to stage the full invasion of France, it was not quite the soaring success it is often claimed to be.

At the time, Allied commanders were aghast at the operation, and perceived it to be a failure. Their melancholy was understandable — not a single military aim was achieved on June 6. Carentan, St. Lô, and Bayeux remained occupied by Nazi forces, and the capture of Caen was not achieved until July 21. Only two of beaches — Gold and Juno — were linked on the first day, and it was not until six days later all five were connected. Estimates of German casualties on D-Day range from 4,000 to 9,000, while Allied casualties were at least 10,000.

Secondly, thanks in large part to Hollywood movies, millions the world over believe D-Day was strictly an American effort — in particular, the 1998 blockbuster Saving Private Ryan was criticized by some historians for totally omitting the contributions of British and Canadian forces.

The truth is Britain essentially took the lead, committing more troops, attacking more beaches, and birthing the plan in the first place. Of the 1,213 warships involved, 200 were American and 892 were British, and of the 4,126 landing craft involved, 805 were American and 3,261 were British. This is not to diminish the efforts of US forces, of course — and in fact, the first invasion force at Omaha beach consisted primarily of Americans.

Eternal gratitude to our troops in remembrance of the greatest generation on earth on this D-Day 73 years today-saving Europe from its enemy pic.twitter.com/zQ1q1mX8md

Finally and most significantly, the notion that D-Day marked the effective end of WWII is popular, particularly in America — and it is fictional. The Nazi Wehrmacht and Luftwaffe were effectively defeated well before June 6 1944, shattered comprehensively in the Eastern Front's various titanic battles, such as Kursk, Moscow and Stalingrad.

​In all, Soviet forces destroyed 75-80 percent of all German forces, defeating 507 Axis divisions and losing at least 14 million soldiers and a similar number of civilians in the process. When the Western allies landed in Normandy, they met disheveled German forces with no air cover, lacking fuel and supplies. Had the invading American, British and Canadian troops encountered the Nazis at full strength, the outcome could well have been very different.

This historical amnesia is not restricted to the modern populations of those invading nations.

A 2015 poll suggests a mere 13 percent of Europeans believe the Soviet Union played the key role in liberating the continent from Nazism. A similar YouGov survey indicates a mere 11 percent of Americans and 15 percent of Britons and French respectively credit the Soviet Union with a pivotal role. In France's case, the findings represent a total reversal from a May 1945 survey that found 57 percent of the French public believed that the USSR contributed the most in the Second World War, compared to 20 percent for the US and 12 percent for the UK.

Evidently, the power of Western propaganda has done much to alter perceptions of succeeding generations on this vital question.