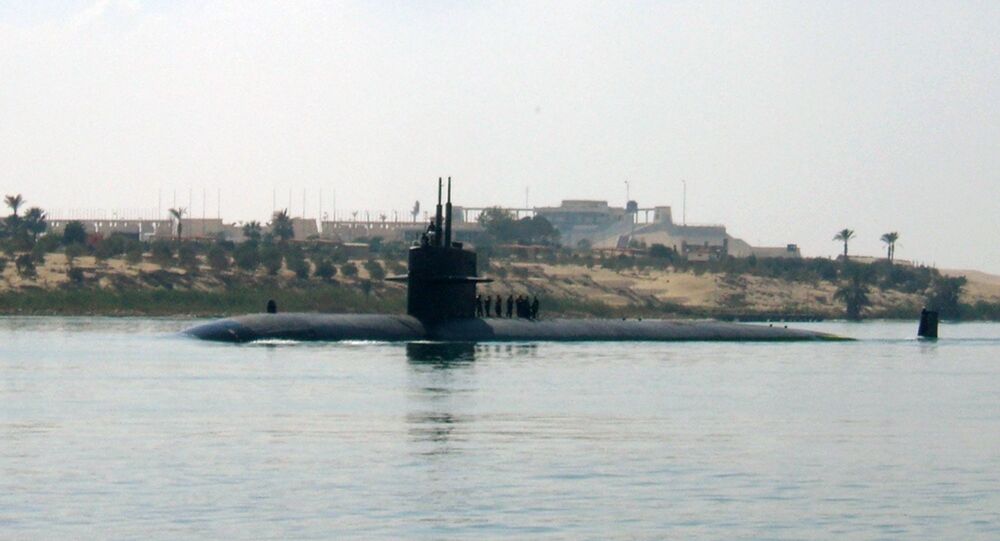 Not Top Secret: Trump Told Philippines President US Had Nuclear Subs in Region

The US president is spilling secrets all over the globe, it seems.

US President Donald Trump apparently told his counterpart in the Philippines a few of the country's military secrets during a telephone call in late April — before his much more publicized Russian White House gaffe.

As Trump congratulated Philippines President Rodrigo Duterte on the "unbelievable job" he was doing in attempting to end drug use in the Philippines (which rights groups say amounts to sanctioning extrajudicial killings by unregulated militia groups that are given bounties for corpses), he also may have let slip that there were highly secret US military nuclear-armed submarine assets in the Philippines region.

During the brief conversation, Trump boasted of US military assets in the region, commenting, "We have a lot of firepower over there," and remarking, "We have two submarines — the best in the world." Later, just in case the president hadn't been crystal clear in revealing America's military secrets, he told the foreign leader, "We have two nuclear submarines."

Operating at a level of secrecy in which only captains and crews are ordinarily aware of their location, the position and readiness of US nuclear-armed submarines remains generally unknown — even to the Pentagon and government leaders.

While it is unclear whether Trump was referring to nuclear-powered subs or nuclear-armed submarines, the slip was nonetheless a glaring breach of top-secret military and intelligence protocol, made more egregious by being delivered to a leader known to bypass the laws and customs of his own country.

The use of vigilante killing groups by Duterte to rid the Philippines of drug addicts, dealers and suppliers has drawn global approbation. Rights groups including Amnesty International accuse police in the island nation of slaughtering more than 9,000 people, among them government officials and community leaders who disagree with them, and destroying the already weakened infrastructure of predominantly poor urban neighborhoods.

Nonetheless Trump, the most unpopular US president in history, called Duterte a "good man" during his phone conversation, as well as encouraging the Philippine dictator to "keep up the good work."

"You are doing an amazing job," Trump told Duterte, according to an April 29 transcript published by the Philippine Department of Foreign Affairs, cited by The Intercept.

According to military expert Stephen Schwartz, cited by Business Insider, the US globally maintains four or five nuclear-armed submarines on "hard alert" in specific regions, waiting for the potential order to launch a nuclear weapon.

Regarding the existence of US nuclear-armed submarines around the world, Schwartz observed that no one can know their precise location as "they run silent."