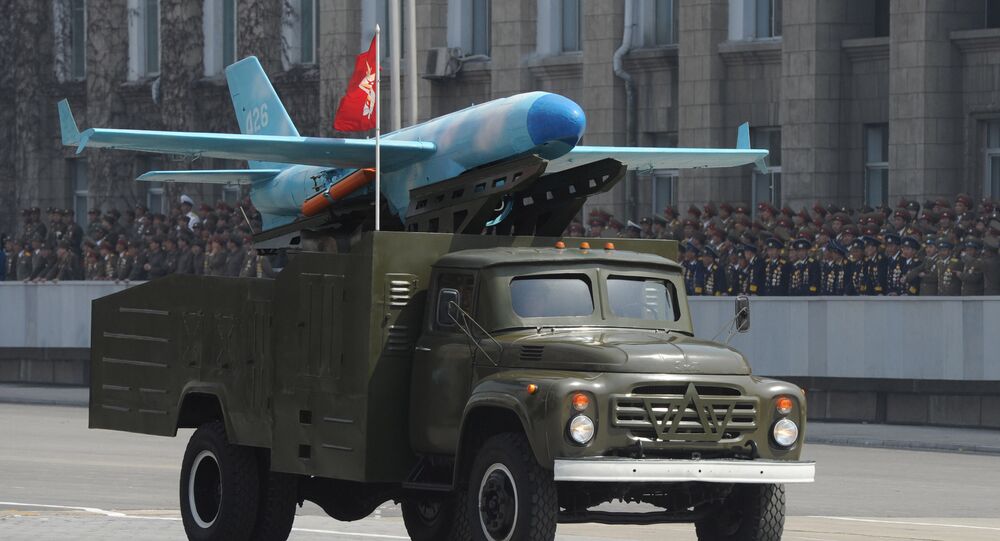 A high-level North Korean detector has ominously claimed that the DPRK military has hundreds and hundreds of attack drones capable of carrying biological and chemical agents to attack Seoul within a single hour.

The individual was interviewed by Japanese newspaper Sekai Nippo under the alias Jin-myeong Han. A former diplomat to Vietnam, he defected from the DPRK in 2015.

While an enormous amount of attention has been paid to North Korean missile tests, which have greatly increased in frequency and visibility in the past few months, Han argues that the threat of drones from Pyongyang could be just as urgent.

According to Han, the DPRK has been developing their drone delivery system since the 1990's. Han, who claims to have once served in the North Korean air force, said that he helped develop radio communication for the attack drones.

"My guess is that [North Korea] has 300 to 400 drones," he said. They are stored underground and frequently moved between sites to avoid detection by foreign reconnaissance satellites.

"I was surprised to see that people from the Korean Workers' Party came and mounted something that appeared to be biological and chemical weapons on the drones," said Han. "They conducted an experiment to spray chemical or biological agents over the mountains and fields nearby. I went to the mountain afterward to check and found all animals dead, although plants survived.

The drones "are in the stage of battle deployment in term[s] of technology," he added. "In an emergency situation, drones can reach Seoul airspace in about one hour." He also said that the drones could support the weight of a 1,200-liter (317-gallon) drum filled with biological and/or chemical agents.

In 2014, three drones were found destroyed in South Korea, including one that was found after an exchange of artillery fire between the two Koreas. They appeared to be surveillance devices that monitored military installations, with one of them having snapped photos of the Blue House (the official residence of South Korea's president in Seoul.)

The drones were very simplistic in design, and South Korean investigators claimed them to be North Korean in origin. Pyongyang denied the claims.

Primitive they might have been, but these drones still escaped ROK detection while they were still airborne. Han said that the technology has advanced since then as well, with newer drones capable of flying at low altitudes to avoid radar detection.

Han's statements partially contradict reports from South Korea military sources in 2016, which stated that the DPRK has some 300 drones. They believed that the drones would be mostly used for intelligence gathering and assassination- not chemical attacks.

Following the 2014 incidents, South Korea began to develop anti-drone measures, such as a radar that can detect low-flying drones and a laser weapon meant to shoot down drones. The system failed to spot a pair of North Korean UAVs crossing the border in August 2015, however. The laser system is expected to be completed in 2021.

Seoul reported more and more drone detections from the North since 2016, about seven or eight a day.