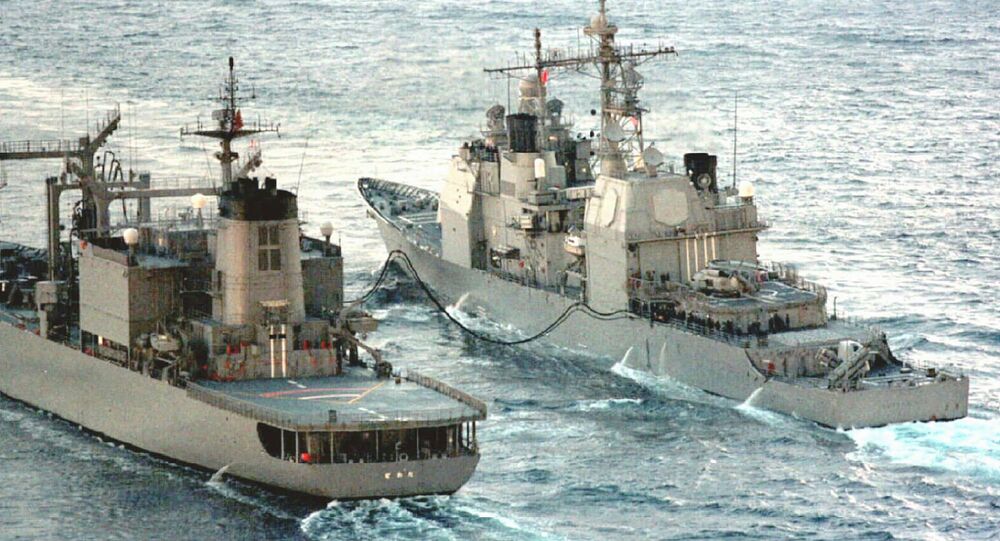 Powerful warships, once the pride of the US Navy, now face retirement and replacements have not been identified.

Of the remaining 22 Ticonderoga-class US guided-missile cruisers still afloat, the USS Bunker Hill is slated to be decommissioned in 2019, and while her sister ships are expected to hang on until 2045, there are no specific replacements for the aging boats.

Launched in March 1985, the 567-foot Bunker Hill, like all of its sister ships, is 55 feet wide and draws 34 feet fully loaded. Carrying some 340 enlisted men guided by 60 officers, the floating missile launcher can travel up to 38 mph over smooth water.

After 33 years of service, the Bunker Hill will be among only a few Ticonderoga-class warships to be decommissioned. These so-called Ticos were originally intended to be replaced by a bleeding-edge high-tech CG(X)-class warship, until top Navy brass got wind of the $3.5-$6 billion price tag per boat, and scrapped the program.

Although the last Tico, the Port Royal, is slated to end its service life in 2045, the remaining cruisers will nonetheless receive high-tech upgrades, including advanced radar and sonar, improved launchers and a more powerful missile interceptor system costing hundreds of millions of dollars, according to Stripes.com.

Ballooning crew costs, alongside the Tico warship's aging infrastructure, are said to be what doomed the class, as the recently downsized Zumwalt-class destroyer fleet, although a larger boat, uses robotics and software to accomplish a similar mission with a crew less than one half the size of the Bunker Hill.

But the expected 32-boat Zumwalt-class fleet, intended to partially replace the aging Ticos, now boasts just two boats in the water, and those have been beset by problems, including the failure of several of its highly touted weapon systems, and the seizure of both propellers, resulting in one of the boat's being embarrassingly towed out of the Panama Canal.

As the cost of the Zumwalts rose, the original 32-boat order was continually reduced until it now stands at just three of the destroyers — an ineffective replacement for the Ticonderoga-class fleet now facing the end of its maritime service.