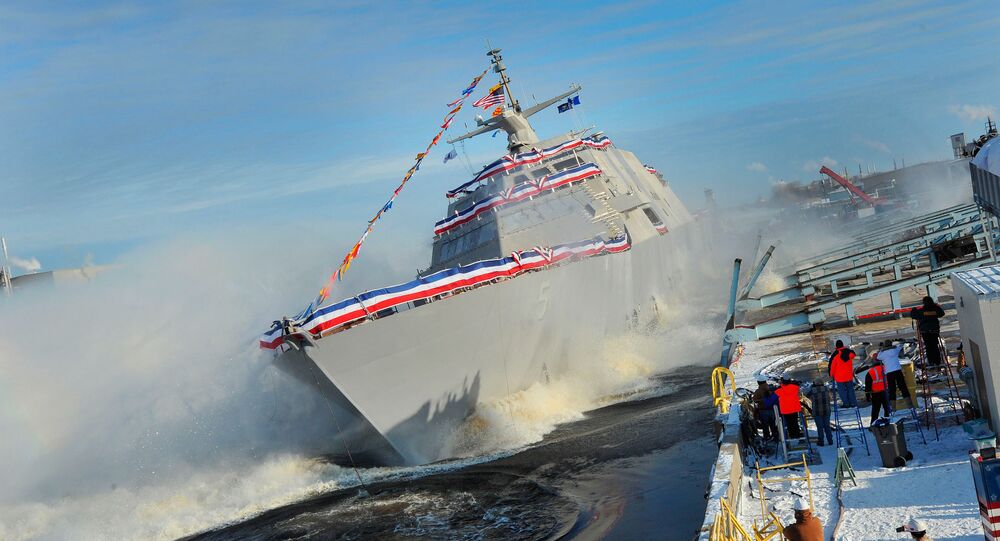 The deal, part of an overall $110-billion foreign military sale, will be announced during President Donald Trump’s visit to Riyadh on Saturday, the report said, citing unnamed administration officials.

© Photo : YouTube/Youtupe Mania
US Navy Littoral Warship Coronado Departs Singapore for Patrol in Pacific
The $6-billion will include spares, training and other logistics items, the report noted.

"The primary difference between the Freedom-class and the Saudi-variant is the lack of modular mission space found in the US version of the Littoral Combat Ship," USNI noted.

The LCS was designed to counter small surface craft attacks, diesel submarine threats and asymmetrical mine threats, according to published reports. Modular mission space refers to a method to quickly and easily remove and replace specialized equipment used for different combat missions.