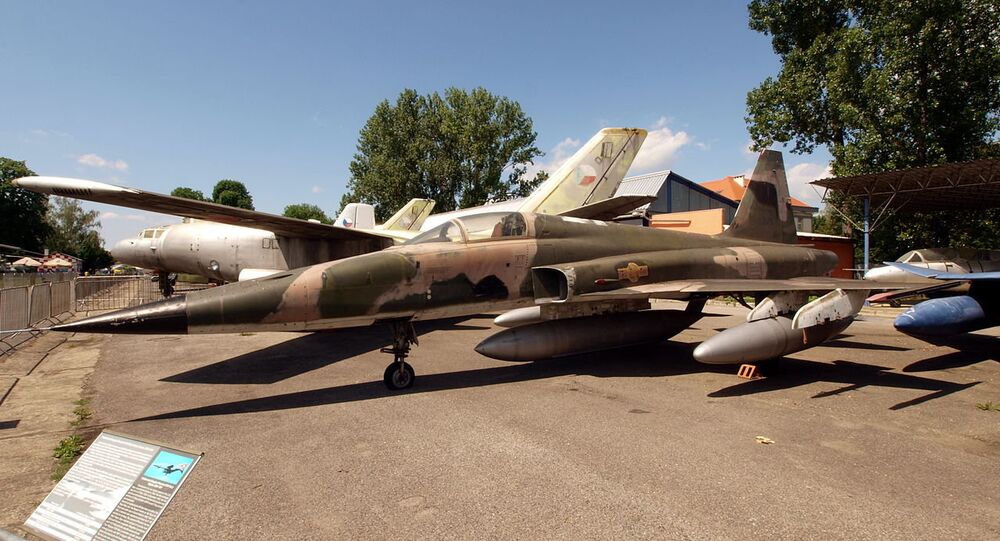 In an interview with Sputnik, expert on combat aviation Makar Aksenenko said that Vietnam may be considering bringing back the “Vietnamese Tigers” or the F-5E/F Tiger II fighter jets. What could be the possible reasons behind this decision and how might these jets come in handy?

It is known that in the mid-1970s, the VNA Air Force inherited a very large fleet of military aircraft and American-made helicopters from South Vietnam. These included the multipurpose F-5A / B Tiger and F-5E / F Tiger II fighters.

© Sputnik / Anton Denisov
Vietnam Interested in Russia's 'Flying Hospitals'
The second generation ‘Tigers’ were almost new and for some 10 years the F-5 was operated in the Air Force by a united Vietnam and even took part in local military operations.

Vietnam handed over several of these aircraft to the Soviet Union, Poland and then-Czechoslovakia for testing.

It should be noted that the Soviet test pilots who happened to test the F-5 in flight sung the US aircraft‘s praises.

In the mid-1980s, for technical reasons, the F-5 fighters of the Vietnam Air Force were decommissioned and placed in storage bases.

There is indirect evidence that the aircraft are still in the Vietnamese "storages". It has been even reported that in a number of other states, Tiger IIs are still flying.

Currently, the US has lifted the arms embargo on Vietnam. Vietnam, for its part, is establishing military-technical cooperation with Israel, which has a rich experience in modernizing combat aviation for third countries.

According to some Vietnamese media, there are reports suggesting the return of Vietnamese F-5s in the near future.

Is it really possible to revive this aircraft to full-fledged working order and how might it come in handy?

Sputnik spoke in an interview with expert on combat aviation pilot Makar Aksenenko.

“In my opinion, if the Vietnamese Air Force has experience in operation and combat use of these fighters in regional conflicts and if Tiger IIs are still available in storage, kept in its dormant state, then it will be quite practical to try and continue using them after the repairs of original spare parts and some modernization takes place,” Aksenenko said.

© AFP 2020 / HOANG DINH NAM
Give Trade a Chance: Russo-Vietnamese Ties Promise 'Excellent Opportunities'
He further said that he does not exclude that the Vietnamese side will resort to repairing the F-5 with the help of Israeli aviation companies, which successfully modernized this type of aircraft for third countries, for example, Singapore.

“Thus, the Vietnamese Air Force will be able to in a short time and quite cheaply manage to obtain a battle-worthy reserve for replenishing the fleet of attack aircraft,” the expert said.

According to the expert, at present it is impossible to speak about any development of the air force in this case; because for that purpose there is a need for a new generation aircraft.

However, the military-political situation in the Asia-Pacific is quite alarming. There is a fairly high probability of a conflict, which could affect, directly or indirectly, all countries in the region.

It seems that this situation undoubtedly is troubling the military-political leadership of Vietnam.

Hence, the return of the F-5 fighters from its reserve can be seen as a “mobilization measure to maintain the aviation segment of the military in a sufficient armed organization for the country's defense.”

In that way, the Vietnamese Tiger, according to Makar Aksenenko, will be able to perform a range of tasks such as the ability, “to strike both ground and surface forces of a likely aggressor. That is — to fulfill the standard tasks of fighter-bombers, which they did before in the Air Force of different countries (including the US itself).”

He further said that in order to gain dominance in the air, such aircraft is a bit outdated by today’s standards.

“The resuscitation of the Tigers should only be considered as a forced measure in order to bring the Air Force to a state which will be sufficient to repel aggression,” Aksenenko concluded.

How Vietnam Manages to Keep Narco Trade, Terrorism at Bay