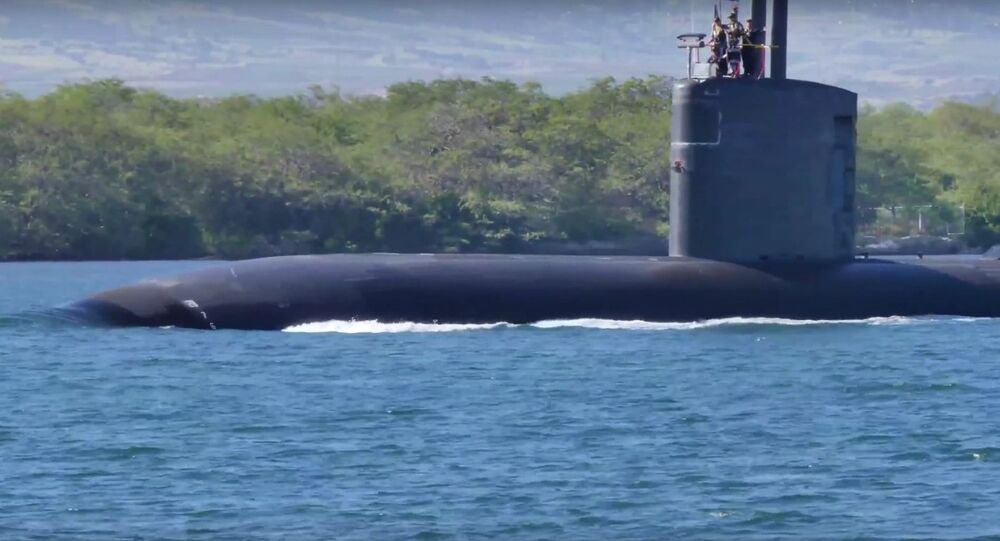 Show of Force: Second US Attack Submarine Makes Pit Stop in Japan in May

USS Santa Fe (SSN 763) has made a pit stop in Japan in a show of force, becoming the second US attack submarine to arrive in the Asian country in May.

© CC0
US Aircraft Carrier Ronald Reagan Departs Japanese Port for Sea Trials
WASHINGTON (Sputnik) — The US attack submarine Santa Fe arrived at Yokosuka, Japan on Thursday for a port visit as part of its Indo-Asia-Pacific patrol in the 7th Fleet's area of operations, the US Navy said in a press release.

"The Los Angeles-class attack submarine USS Santa Fe (SSN 763) arrived at Fleet Activities Yokosuka, May 11, for a visit as part of its Indo-Asia-Pacific deployment," the release stated. "It also demonstrates the US Navy's commitment to regional stability and maritime security in the US 7th Fleet area of operations.

The Santa Fe is the second submarine to visit Japan in May, according to published reports. The submarine Cheyenne visited Sasebo, Japan, on May 2.

The 7th Fleet’s area of operations includes 36 countries and covers 48 million square miles from the International Date Line to the India-Pakistan border, and from the Kuril Islands in the north to the Antarctic in the south.