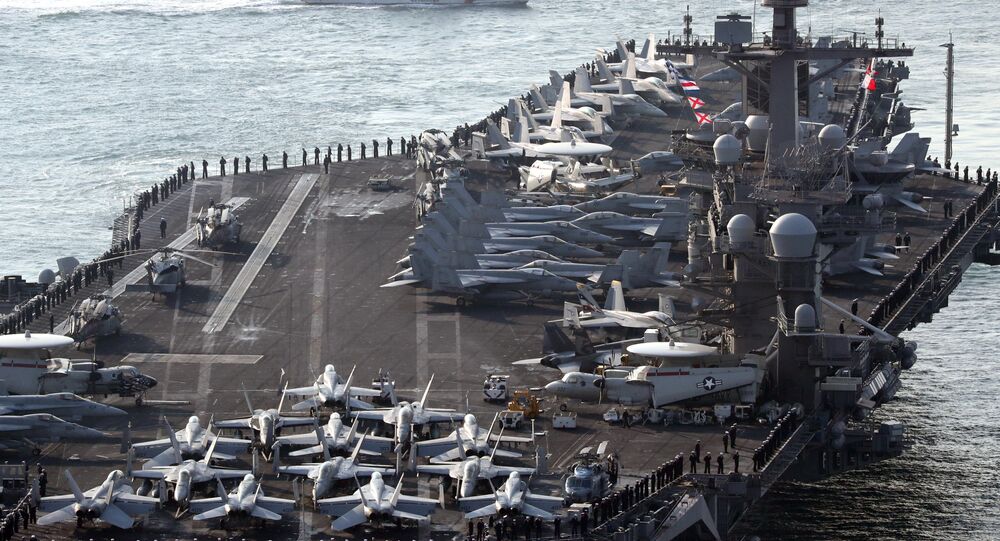 The US naval group led by Carl Vinson has been sent by the United States to the Korean Peninsula amid growing tensions in the region.

"Joint drills with the US Navy are starting on April 23. The exercises are held in the western part of the Pacific Ocean… The USS Carl Vinson aircraft carrier and other ships [are taking part in the drills] from the US side," the statement said.

The statement added that Japan's Samidare and Ashigara destroyers are taking part in the exercises from the Japanese side.

The situation near the Korean Peninsula has escalated recently, following several missile and nuclear tests carried out by Pyongyang. The international community, including the regional countries, such as Japan, has repeatedly condemned North Korea's military activities.

On April 14, US media reported that US President Donald Trump might order a strike against North Korea in case of yet another Pyongyang's nuclear weapon test.

US Not Ruling Out Bilateral Free Trade Deal Between Japan, US - Vice President