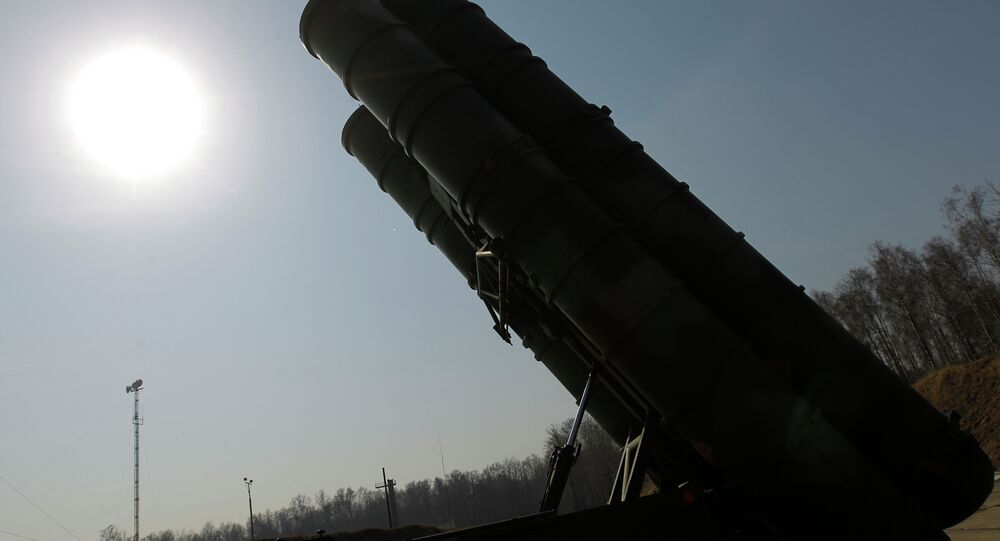 Against the background of a beefed up NATO presence in Eastern Europe, and preparations for new drills on Russian borders, analysts at the RAND Corporation, an influential US think tank, have urged the Pentagon to consider options for the 'neutralization' of Russian military systems in Kaliningrad. Russian experts offer their take on such 'advice.'

Complaining about what it estimates to be impressive Russian air defenses capabilities in its Baltic exclave, the think tank's report says that the Department of Defense needs to develop "a clear view of the role that Kaliningrad…with its strong anti-air defenses," might play in case of war in the Baltic region, and the steps NATO might take to "neutralize" it.

The report admits that "the whole topic of neutralization of Kaliningrad brings up the issue of escalation and potential Russian response to what Russia would see as strikes on the Russian homeland."

Bizarrely, however, it doesn't clarify why Russia wouldn't see an attack on its exclave as an attack 'on the Russian homeland'. The region is internationally recognized Russian territory, after all.

© Photo : Russian Defense Ministry
Just What Were Those Russian Tu-95 Strategic Bombers Doing Off Alaska's Coast?
Filled with standard rhetoric about the dangers of 'Russian aggression' in Eastern Europe, the report recommends that the Pentagon analyze "Russian capabilities to politically subvert a Baltic State," up to and including "the seizure of a border enclave or fomenting internal unrest." It also suggests that the Defense Department needs to attain "a better understanding of the Russian ability to prevent reinforcement to the Baltic States" in case of war.

Again, the report doesn't explain why Russia might risk World War III with a conventionally superior NATO foe for a 'border enclave' belonging to a NATO member state. Moscow, for its part, has repeatedly denied claims that it poses any threat to the independence of the Baltic nations. Foreign Minister Sergei Lavrov has called such claims "groundless" and "absurd."

In the meantime, Russia is also faced with the deployment of new permanent NATO garrisons in the Baltics along its borders, plus intensified military drills. According to Russian Defense Minister Sergei Shoigu, NATO's presence on Russia's borders has increased by roughly 800% over the last decade.

© REUTERS / Ints Kalnins
U.S. soldiers stand next to the M1 Abrams tanks that will be deployed in Latvia for NATO's Operation Atlantic Resolve in Garkalne, Latvia February 8, 2017
© Sputnik / Sergey Malgavko
Central Asia to Join Russia-Led Defensive Union's Unified Air, Missile Protection System
Commenting on the think tank's report, and the slew of reporting in the Western media and specialist publications recently about the potential for a US and NATO war with Russia, military observer Alexander Khrolenko recalled that in recent weeks, months and years, "Western experts have stubbornly and consistently analyzed the options" for such a war, "its scenarios geographically tied to the Baltics, Syria and the Balkans," and even Ukraine.

"According to most Western analysts, Russia simply doesn't seem to have a peaceful development path," the journalist lamented. The Kremlin, in their view, has to be planning a war somewhere at all times, and this requires an appropriate Western 'response.'

At the same time, Khrolenko noted, scenarios for this "duel of 'two worlds' going nuclear are rarely considered," presumably because there would be little to write about if the world were consumed in nuclear fire. "Most often, Western analysts spend their time calculating the capabilities of conventional weapons" of the two sides.

And these types of reports are indeed voluminous. Observers spend time discussing the threat posed by Russian cruise missiles, its rocket artillery, and tanks, as well as the danger presented by Russia's echeloned air defense to US F-22 and F-35 jets. Commenting on the latter, Khrolenko quipped that "if the F-35s and F-22s do not try flying into Russia, they won't be threatened by any echeloned air defense."

© Sputnik / Igor Zarembo
Soldiers of the separate tank battalion of the Baltic Fleet motorized infantry brigade, during loading of tanks on flatcars, for dislocation to the district selected for military exercises, in the city of Gusev, Kaliningrad Region.
© Photo : Facebook/U.S. Mission to NATO
NATO Drills in Latvia Really 'Just Part of Blatant Anti-Russian Propaganda War'
"After reading such opuses, one gets the impression that Western [observers] are simply dreaming of a military confrontation with Russia, or even trying to push Moscow toward such a war," the analyst noted.

The truth, Khrolenko wrote, is that Russia really is prepared to respond in kind to any provocation, but only if its hand is forced by a foreign power's aggression.

Earlier this month, Lieut. Gen. Viktor Gumenny, deputy commander in chief of the Russian Aerospace Defense Forces, said that "the specificity of Russia's geostrategic position is that the main threat to its military security comes from the air and space forces of foreign states. The experience of military conflicts of recent decades has shown that a war cannot be resolved by defense objectives alone. This is also characteristic to the aerospace sphere of armed struggle."

Indeed, Khrolenko explained that "in case of aggression, Russia's Aerospace Defense Forces will have an active offensive character. Priority tasks will include the suppression of an enemy's aviation control systems," including the destruction of enemy satellite systems. Russia will soon be introducing its newest air defense platform, the S-500 surface to air missile system, which is expected to have the capability of hitting enemy satellites from the ground.

"Without GPS, Tomahawks will not be able to fly very far," the expert concluded.

© Sputnik / Sergey Guneev
Get Your Stealth On: Serbia Looks to Russia, Belarus to Buy S-300 Anti-Air System
For his part, independent military analyst Vladimir Tuchkov stressed that the most important thing to consider about the RAND analysis is that while it positions itself as a non-profit NGO, it actually receives a significant portion of its $250 million budget from the US government. An important analytical tool during the Cold War era, the think tank has long served to "lubricate the moving parts of the machinery" of the US military-industrial complex.

Tuchkov suggested that in its latest report, RAND saw fit to swap cause and effect. "It's not Russia that threatens the West, but vice versa. Russia began strengthening the defense of its western borders only after the West began unilaterally pushing NATO's military might up to our borders."

Adding insult to injury, the analyst noted, was the fact that this happened despite earlier assurances that NATO would not advance into the countries belonging to the former Warsaw Pact during the Cold War. The icing on the cake, he added, was the US's creation and deployment of its European missile defense system. That system was originally sold to Moscow as an initiative meant to counter the 'Iranian nuclear threat', but has continued its development even long after the Iran nuclear agreement was signed.

Finally, Tuchkov emphasized that Moscow cannot but be concerned that the kinds of weapons being used in NATO's Eastern European exercises carry an offensive, rather than defensive, character. Nor can Russia brush off the fact that the drills are designed more and more to match the specificities of Russian geography. "At first, NATO began using Russian uniforms for the presumed 'enemy'. Now, they've begun recruiting Russian-speaking volunteers."

RAND's recommendations carry an obvious offensive character, Tuchkov noted, since any 'neutralization' of Kaliningrad would logically require the follow-up destruction of military infrastructure, and the seizure of the exclave itself.

© Sputnik / Alexandre Vilf
'Huge Step' Made in Developing Missiles for Russia's Top-Notch S-500 Air Defense System
Ultimately, Tuchkov explained that NATO does have reason to be concerned with Kaliningrad's air and missile defense capabilities. The region contains three regiments of S-300s, a regiment of S-400s, and a Voronezh-DM radar system, capable of monitoring airspace up to 6,000 km away (i.e. throughout Europe, including the UK). The S-400 can strike targets 400 km away. The region also contains the 7054th air base of the Russian Aerospace Defense Forces, and layered air defenses including Buk and Pantsir.
© Sputnik / Igor Zarembo
Tochka short-range tactical ballistic missile being prepared for launch at a test area in the Kaliningrad Region

But the clear distinction here, the expert stressed, was that Russia was acting within its own jurisdiction. "No international treaties prohibit Russia from establishing the required defenses anywhere within our territories," he noted.

In other words, staging a massive buildup on Russia's borders and then complaining about the dangers posed by Russian weapons — stationed within Russia – looks a bit disingenuous, to say the least.

Get Your Stealth On: Serbia Looks to Russia, Belarus to Buy S-300 AA System