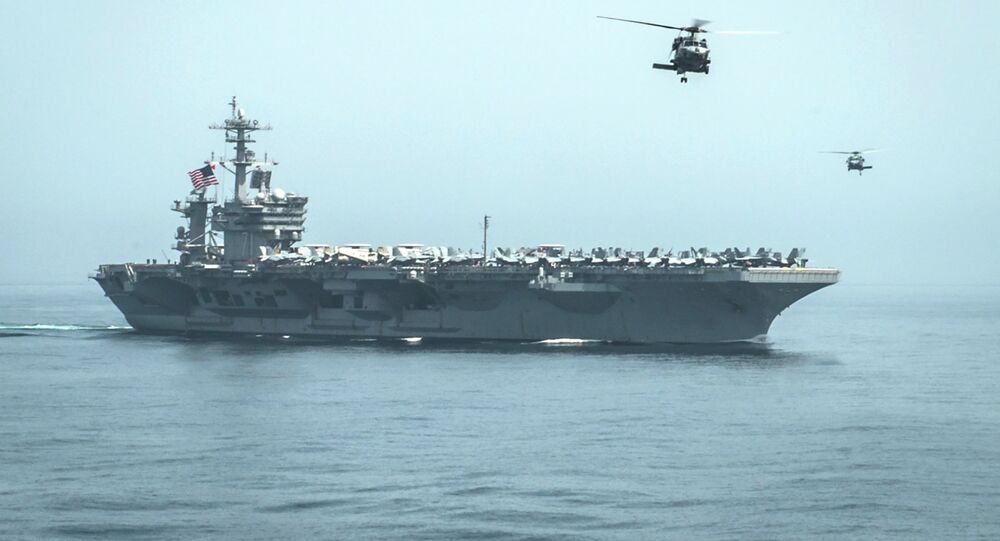 Reacting to continued North Korean ballistic missile and nuclear weapons testing, US Secretary of State Rex Tillerson has affirmed that, following recent talks between Beijing and Washington, China has stated that it is prepared to move.

Detailed by Tillerson on Sunday, US President Donald Trump and Chinese President Xi Jinping met at Trump's Florida resort last week to discuss, among other topics, ongoing tensions on the Korean Peninsula.

"President Xi clearly understands," Tillerson clarified, "and I think agrees, that the situation has intensified and has reached a certain level of threat that action has to be taken," according to The Guardian.

A full US Navy strike group, including the aircraft carrier USS Carl Vinson, has been diverted from Australia to the Western Pacific, in what many are calling increased vigilance on the part of the US, as North Korea continues to test newer, and more deadly, weapons in the region.

US Pacific Command spokesman Dave Benham, in commenting on the repositioning of the carrier strike group to waters near North Korea, said, "The No 1 threat in the region continues to be North Korea, due to its reckless, irresponsible and destabilising program of missile tests and pursuit of a nuclear weapons capability."

HR McMaster, Trump's national security adviser, was quoted as saying that the carrier and its consort of military vessels had been repositioned near Pyongyang because, "it is prudent to do it."

Many Republican members of Congress welcomed the more forceful stance against North Korea, but there was disagreement in the Democratic ranks. Foreign relations committee member senator Ed Markey (D-MA) expressed the feeling of many, suggesting that an increased US military presence in the region will result in "an escalation of tension that could lead to nuclear war."

According to a Friday report by NBC, the US National Security Council has suggested to Trump and his advisors that nuclear weapons could be returned to South Korea, or that an assassination could be staged to take the life of North Korean leader Kim Jong-un.

Pyongyang continues to be a thorn in the side of the US and its regional allies, and North Korea remains unrepentant, refusing to modify its nuclear weapons program or come to the negotiating table.

According to the state-sanctioned North Korean news outlet KCNA, a foreign ministry spokesperson for the government of Kim Jong-un said, "Swaggering as a superpower, the US has been picking only on countries without nuclear weapons and the Trump administration is no exception."

"The reality of today shows that we must stand against power with power and it proves a million times over that our decision to strengthen our nuclear deterrence has been the right choice," the North Korean spokesperson said.

Australia Could Be in Danger of DPRK Nuke Strike, US Korean Forces Warns