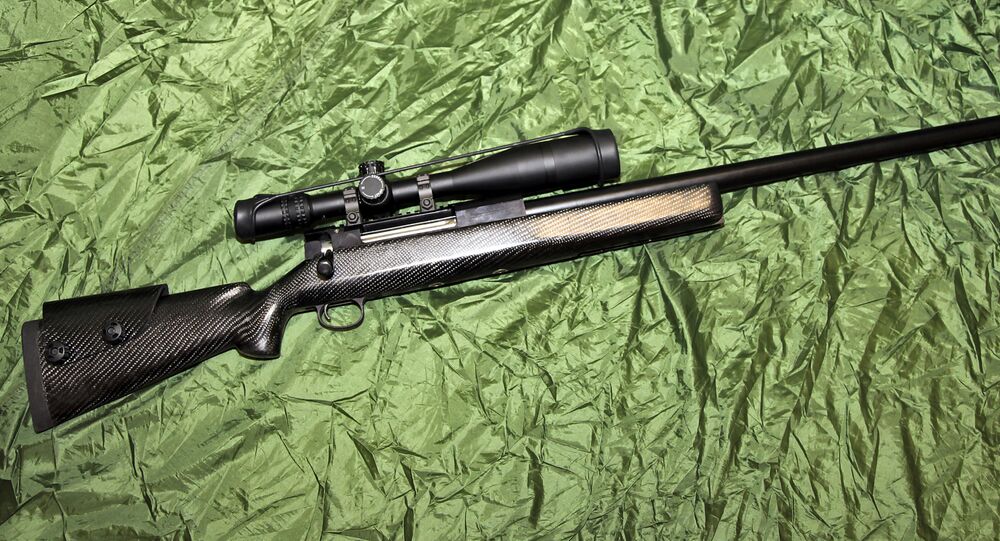 © Sputnik / Ruslan Krivobok
'Second to None': Why Vietnam Prefers Russian Weapons to Their Foreign Analogues
On their official website Lobaev Arms claims to be delivering the best weapons in the world. The weapons combine the “best Western technology and good old Russian reliability and foolproof design” which results in unsurpassed precision, range and functionality.

From the start of production in 2005, the weapons have won many prizes at international and national shooting championship, including the most technology demanding – bench rest shooting. The company has also supplied the United Arab Emirates’ Army with its weapons.

In an interview with Sputnik Vladimir Lobaev said that at first the company created weapons almost exclusively for point-blank bench rest shooting and a few for ultra-long-range firing but over time the market began to dictate diversification towards hunting and tactical models.

Following EU sanctions, the market for imported weapons in Russia was successfully “cleaned out” and Lobaev Arms like other domestic producers did not fail to take advantage of that.

© Sputnik / Dmitriy Vinogradov
Russian Shield: Nukes Still Priority, High-Precision Weapons' Potential to Quadruple by 2021
Right at the start of the company’s existence receiving a license for weapons production wasn’t an easy task, but the company managed to achieve it and started production in Tarusa, in the Russian district of Kaluzhskaya.

While in the Emirates, Lobaev Arms developed about 23 models of weapons, but only a few of them entered the series. The most popular ones were the TSR-30 and 40, the KS-11 in 408 Cheytac and the CR-50 in.50 BMG.

“Although there are analogues in the world but not with respect to range and accuracy of the shooting. As for the SAR self-loading rifle developed in 408 Cheytac, it can be said with certainty that there were no analogues and there are none now,” the chief designer said.

Recently the company started creating something similar in Russia — self-loading rifles, the 408 CT and the 338 LM, but they are structurally quite different from the Emirates model.

Lobaev Arms weapons are used in many fields and one of them is in hunting. Many hunters hunt with high-precision weapons, even with tactical weapons. The hunt for marmots is quite popular; there is also ultra-long-distance hunting for larger beasts, mountain hunting, etc.

Other customers of Lobaev Arms are various power structures such as the police and the military. Long-range and ultra-heavy rifles are acquired mainly for sniper units.

“Now we practically do not manufacture weapons on an individual order because of the constant build-up of the series, that is, we simply do not have enough time for that.”

Currently the company is dealing with vast export requests and appeals from different countries and continents, as well as from numerous CIS countries. There are countries with which Lobaev Arms has a long-standing and reliable relationship although due to confidentiality contracts their names aren’t disclosed.

© AFP 2020 / Noel CELIS / POOL
Manila Eager to Sign Military Agreement With Moscow, Eyes Russian Weapons
According to the chief designer, arms sales in Russia are reliably controlled by an internal Russian licensing system and the same goes for its export: if a weapon does not need to go to a particular country or an organization, export documents will simply not be signed.

On the official page of the company there is mention of a development of new types of weapons, for example, weapons based on new physical principles. According to some experts, this is the future of the military and according to some reports, Russian Deputy Defense Minister Yuri Borisov has already spoken about the need to include such weapons in the state program by 2025.

“For new projects, a separate company was created called Lobaev Robotics, specializing, as the name suggests, in robotics and weapon projects related to electronics: smart targeting, complexes and systems that are not developed in the traditional armory,” Lobaev told Sputnik.

He further said that if the company manages to realize their ideas and such a probability really exists, it will radically change the picture on the battlefield.

Philippines Interested in Buying Russia's Weapons Amid Tensions With US

What Makes Russian Weapons Stand Out