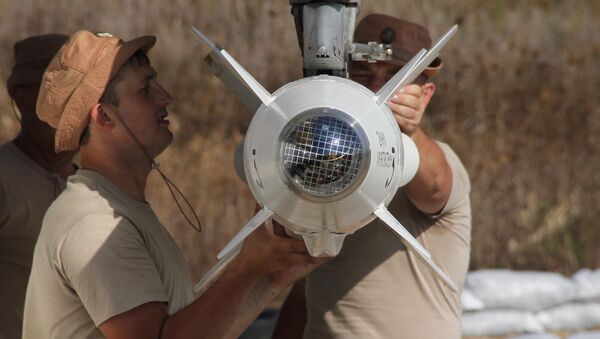 Whereas the development of nuclear arms remains an absolute priority for Russia, their role will be decreased by the entry into service of high-precision weapons, according to the defense minister.

MOSCOW (Sputnik) — The role of nuclear weapons as a deterrent against a possible aggressor will be decreased due to the development of high-precision weapons, but the development of the strategic nuclear forces is still a priority for Russia, Russian Defense Minister Sergei Shoigu said Tuesday.

"The development of strategic nuclear forces remains an absolute priority for us in this regard [protection of national interests] … I would like to note that the role of nuclear weapons in deterring a potential aggressor will decrease first of all due to development of high-precision weapons," Shoigu said at a forum.

He reminded that Russia’s Strategic Missile Forces were currently being equipped with modern rocket systems, while the Navy was receiving nuclear submarines and strategic aviation planes were being modernized.

"This will allow to bring the equipment of strategic nuclear forces with modern weapons to 90 percent by 2020," the minister said.

"The strike potential of our high-precision weapons by 2021 will quadruple, which will help ensure Russia's security around the perimeter of our borders," Shoigu said.

He highlighted the importance of conventional armed forces in providing national military security.