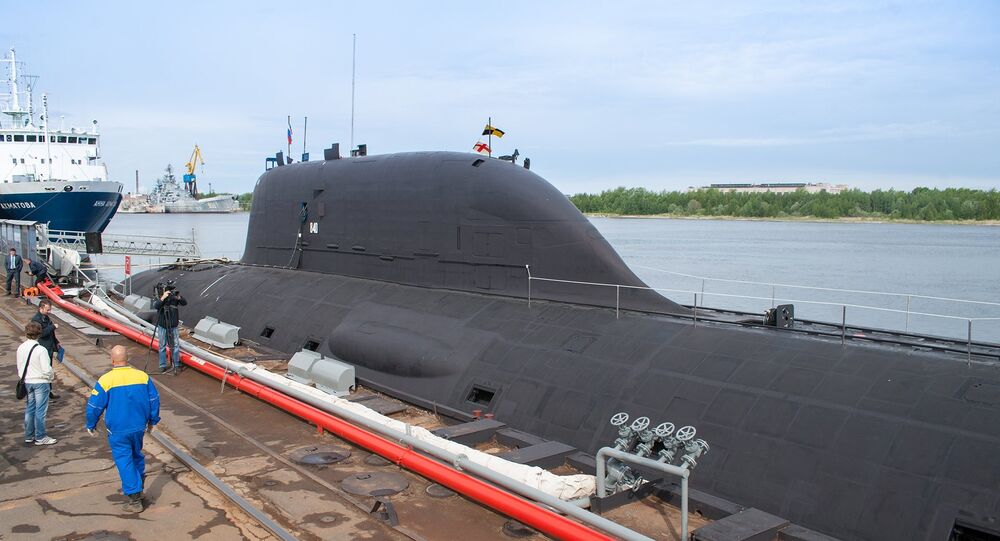 Next-Gen Russian Subs 'Better and Cheaper' Than Newest US Subs

Cutting-edge Russian-made nuclear-powered multipurpose attack submarines, known as the Yasen class, cost nearly half as much as the USS Illinois, the latest US-built Virginia class subsurface ship, defense analyst Konstantin Makiyenko told Gazeta.ru, adding that the Russian system is also to a large extent better than its American counterpart.

"The Yasen-class nuclear-powered submarine has turned out to be approximately twice as cheap, while exceeding the American submarine in terms of numerous tactical and technical characteristics," Makiyenko, deputy director of the Moscow-based Center for Strategic and Technology Analysis in Moscow, asserted.

The Yasen-class sub is estimated to cost approximately US$1.6 billion, while the Virginia class ships are said to cost $2.7 billion per unit.

© Sputnik / Vitaly Ankov
111 Years of Naval Glory: Landmarks of Russian Submarine Fleet
The newspaper also pointed out that the Russian sub has a crew of 64 sailors compared to 120 for the USS Illinois. The Russian nuclear-powered subsurface ship is capable of operating at a maximum depth of 600 meters (1968 feet), while the Illinois can dive to a maximum depth of 450 meters (nearly 1480 feet). Although both can travel at comparable speeds, the Yasen class is reported to be more self-sustainable.

Ruslan Pukhov, who heads the Center for Analysis of Strategies and Technologies, said that the Yasen-class is also better armed that its American counterpart. The Yasen class can be outfitted with either 32 Oniks supersonic anti-ship cruise missiles or 40 Kalibr-PL anti-ship, anti-submarine and land attack cruise missiles.

The Virginia-class subs are currently capable of carrying 12 Tomahawk BGM-109 long-range subsonic cruise missiles, but the Block V boats will have a total of 40 Tomahawks. For its part, "the Yasen class is expected to receive sea-based cruise missiles with a range of 5,500 kilometers, double the range of the latest version of the Tomahawk," Gazeta.ru observed.

© Sputnik / Vitaliy Ankov
Masters of the Arctic: Russia to Permanently Station Submarines in Icy North
The Yasen class is expected to become the backbone of the Russian Navy. Severodvinsk, the first Yasen-class sub, entered service in June 2014 and was assigned to Russia's Northern Fleet. The second Yasen-class submarine, dubbed Kazan, will be the first watercraft of the improved Project 885. It is expected to be commissioned in 2018.

Four more Yasen-class subs are currently under construction, with the sixth Project 885 watercraft, called Perm, laid down in July 2016. A total of six updated Yasen-class submarines are due to join the Russian Navy by 2020.

A total of 13 Virginia class submarines have been in active service with the US Navy, with the USS Illinois commissioned in late October 2016. Long said to be the model defense-acquisition program, the Virginia class is said to have lately been plagued by delays and quality issues.

"Problems seem to stem from two primary factors: the move in 2011 to double the submarine construction rate from one to two per year has strained shipyards and the industrial base that supplies parts for the subs; and the Navy has successively reduced contractual building times as shipbuilders grew more experienced with building the submarines, cutting back on earlier, highly-trumpeted opportunities to beat deadlines," Defense News reported.

Sentinels of the Deep: Deadly Might of Russia's Submarine Fleet