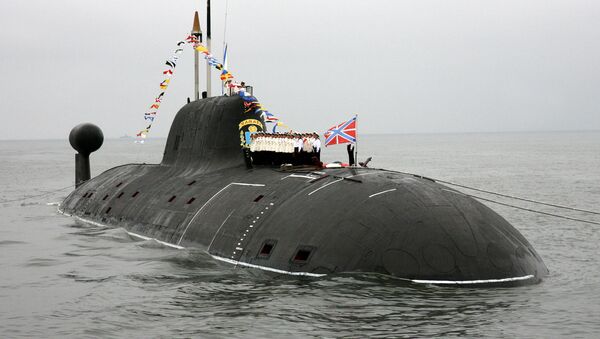 © Sputnik / Vitaly Ankov
/
Go to the mediabank
Subscribe
International
India
Africa
March 19 is observed annually in Russia as the Submariner’s Day, as on that day in 1906 Russian military submarines were organized into a separate branch of the Imperial Russian Navy.

Sentinels of the Deep: Deadly Might of Russia's Submarine Fleet
Now, 111 years since that day, Russia’s submersible fleet has evolved into a mighty force of diesel-electric and nuclear-powered attack and missile submarines capable of laying waste to any type of ground or naval target virtually anywhere in the world.

By the end of the 19th century Russia had already built several experimental submarines and even taken possession of about 50 small submersibles designed for coastal defense. The first Russian attack submarine however, known as Delfin (Dolphin) or Destroyer #113, was only built in 1903. The first Russian submarines were designated as destroyers or semi-submarine vessels, and became known as submarines only in 1906.

The first Russian naval submarine detachment was formed in 1911 as part of the Baltic Fleet and was comprised of 11 submarines and 2 submarine tenders.
During World War I Russian submarines were primarily deployed to disrupt enemy naval communications.

The beginning of the Soviet submarine construction dates back to 1926

By 1941 the Soviet Union had 218 attack submarines in total; during World War II these ships managed to sink about 100 enemy warships and over 200 transport vessels.

In 1958 the Soviet Navy received its first nuclear-powered submarine, Leninsky Komsomol, which became the first Soviet submarine to reach the North Pole underwater and to surface there, with over 50 other nuclear submarines being built during the next decade.

As nuclear power plants have afforded submarines greater autonomy, the development of submarine-launched ballistic and cruise missiles have effectively turned these vessels into a potent component of the nation’s nuclear deterrent: silent and deadly ships lying in wait in the ocean depths, always ready to unleash a nuclear retaliatory strike.

Russia’s non-nuclear submarine fleet is also expected to be upgraded soon as the construction of submarines with an anaerobic power plant is scheduled to begin in 2018.

The Submariner’s Day is observed annually in Russia, with celebrations held at naval bases and stations across the country.