On March 16, a US defense manufacturer announced that its new solid-state fiber laser carries a record-breaking 58 kilowatts of direct power, and that in a matter of months it will send the US Army the weapon to test on the High Energy Laser Mobile Test Truck (HELMTT).

Robert Afzal, senior laser and sensor systems fellow at Lockheed, says that the laser’s scale flexibility gives it the potential to be used on a range a platforms like large ships and drones at varying power levels.

The new laser is twice as powerful as Lockheed’s Advanced Test High Energy Asset (ATHENA), which can not only shoot missiles out of the sky but also burned a hole through the hood of a truck from over a mile away. About 40 percent of the laser’s energy resides in its beam, which for solid-state lasers is considered very high.

In an effort to upgrade the 10 kilowatt High-Energy Laser Mobile Demonstrator (HEL MD), which launched in 2011, the Pentagon first called for a 50 kw laser in 2014. Afzal told reporters that HELMTT will "upgrade the capability of that truck by a factor of five at least."

Solid state lasers are preferable to the chemical lasers that the US Army once experimented with, as high-powered beams don’t require the use of dangerous materials. Operating somewhat like a prism, a combined-beam fiber laser creates one beam by pulling from different beams of light

Military hardware like trucks and drones are increasingly implementing systems that produce electricity, necessary for applications like lasers. The experimental LightningStrike vertical lift drone and Northrop Grumman’s Hell Hound are generate electricity through advanced hydrogen propulsion and engine systems, and Lockheed is trying to integrate the laser on the LightningStrike. 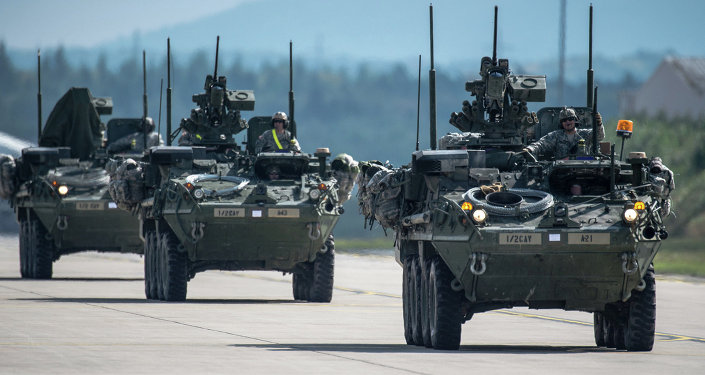 The US Air Force is exploring the possibility of equipping fighter jets with fiber lasers through its Self-protected High-Energy Laser Demonstration (SHIELD) program, and in October 2016 Afzal stated that Lockheed was doing the same with the F-35 Joint Strike fighter jet.

"The core of this technology, and our demo validates this – this technology is scalable. We can go up or down in power, go smaller or larger," Afzal said, according to Defense One.