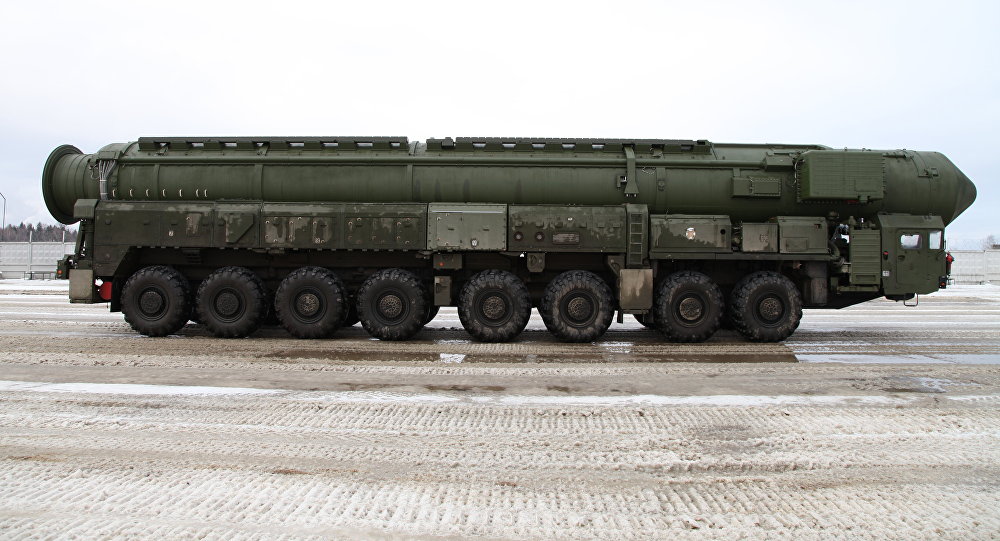 "I believe that we need to work under the existing treaty. All other insinuations are speculations, so to speak. The treaty has nothing to do with this," Fomin told reporters.

He noted that Moscow has not received any proposals from Washington on revising the New Strategic Arms Reduction Treaty (New START).

"If such an idea arises with our partners, we will discuss. So far we see no such need," the deputy defense minister stressed.

© AFP 2019 / ALEXANDER NEMENOV
Russia Upgrading Nuclear Forces to Reach Cap Allowed by New START Treaty
Under the New START, signed in 2010, Russia and the United States agreed to cut the number of deployed nuclear warheads to 1,550 and the number of deployed missiles and bombers to 700. The treaty is expected to expire in 2021 and may be extended for no more than five years.

US President Donald Trump called the treaty "one-sided," as well as a "bad deal".