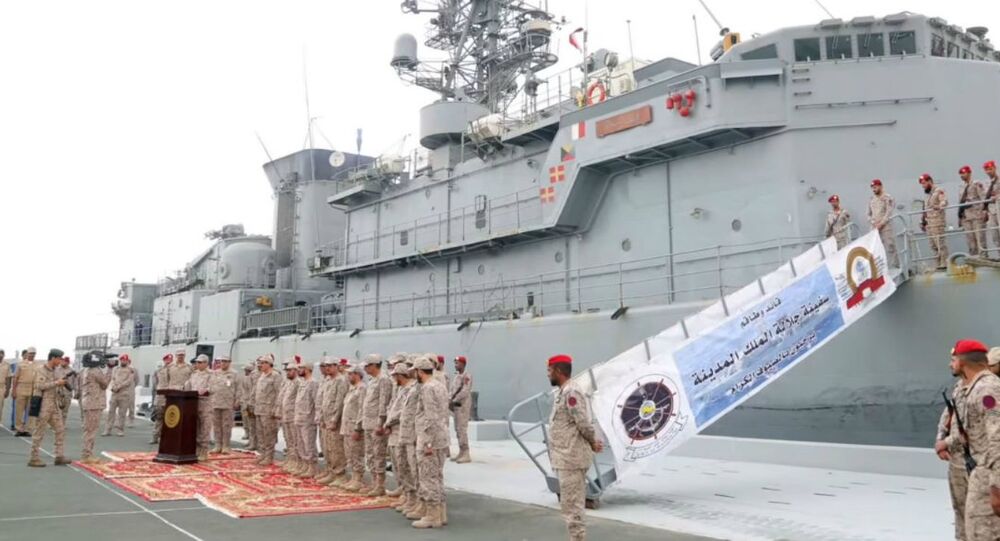 A top US Navy official is reporting that a Houthi vessel responsible for an attack on the Saudi frigate Al Madinah in late January was actually the work of a drone boat filled with explosives, instead of a suicide bomber, as previously reported.

Vice Adm. Kevin Donegan, who heads the US Naval Forces Central Command and commands the US Fifth Fleet based in Bahrain, told Defense News, "Our assessment is that it was an unmanned, remote-controlled boat of some kind."

Donegan said that this is the first recorded use of this kind of weapon, and indicates foreign aid to the Houthis, a Yemeni armed political opposition faction with longstanding claims to the territory. The commander is worried, "first that it is in the hands of someone like the Houthis. That’s not an easy thing to develop. There have been many terrorist groups that have tried to develop that, it’s not something that was just invented by the Houthis. There’s clearly support there coming from others, so that’s problematic."

He added, "The second is the explosive boat piece — you don’t need suicide attackers to do a suicide-like attack. There are certain terrorists that do things and they get martyrs to go and do it. But there are many others that don’t want to martyr themselves in making attacks like that and that’s pretty much where the Houthis are. So it makes that kind of weaponry, which would normally take someone suicidal to use, now able to be used by someone who’s not going to martyr themselves."

Donegan believes that the Iranian Revolutionary Guard Corps (IRGC) is involved in the attack on the vessel, though he does not necessarily think Tehran built the weapon. Cameras on the ship’s hangar deck captured the attack, showing a small boat ramming the rear of the frigate and exploding.

​Two Saudi sailors were killed and three were injured when the Al Madinah was bombed, and the US responded by dispatching the USS Cole off the coast of Yemen, in a sign of support to the Saudis.

Riyadh launched a new offensive in January against the Houthis, in support of Yemen’s beleaguered government, attempting to drive the rebels from Red Sea coastal regions. In western Yemen, the Houthis have brought the ongoing civil war to a waterway vital to international commerce, the Bab el Mandeb strait, which sits at the Red Sea’s southern edge.

The strait hosts nearly all maritime traffic that occurs between the Mediterranean Sea and the Indian Ocean.

Riyadh: Houthi-Formed Council Not to Change Military Situation in Yemen