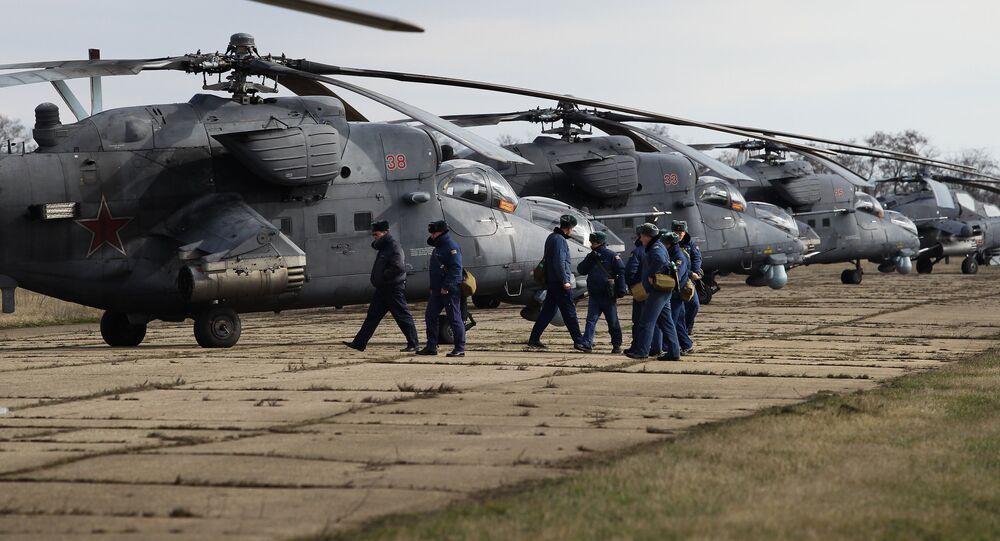 Russian Helicopters to Discuss Deliveries With Potential Customers at IDEX 2017

The Russian Helicopters holding will discuss future deliveries of helicopters with potential customers from North Africa and the Middle East at the upcoming 2017 International Defense Exhibition and Conference (IDEX) in Abu Dhabi, the holding's press service said Friday.

"The Russian Helicopters holding will take part in the IDEX 2017 international exhibition. The Russian Helicopters will present its most promising models and hold talks with acting operators and potential customers of the Russian-made helicopters from the countries of the Middle and Near East as well as North Africa," the press service said.

According to the press service, a number of civil helicopters will also be presented at the exhibition, including Ka-226T, Ka-32A11BC and Mi-171A2 light and medium multirole helicopters.

The 13th biennial IDEX event is due to kick off on February 19 and last through February 23. The exhibition is the only one in the Middle East to include equipment for land, sea and air troops. The last event, held in 2015, attracted some 1,200 companies from 56 countries as well as over 100,000 visitors from over 140 countries, according to the organizers. The exhibition is visited by senior government and military officials from around the world.