Russian Helicopters Handed All Aircrafts Set for 2016 to Defense Ministry

The Russian Helicopters holding has transferred to the Russian Defense Ministry all the Mi-28N, Mi-35M and Mi-26 helicopters, set to be delivered in 2016, the holding’s press service said in a statement on Wednesday.

MOSCOW (Sputnik) — According to the statement, JSC "Rostvertol" which is a part of the holding also carried out repairs of the helicopters received from the military units of the Defense Ministry. 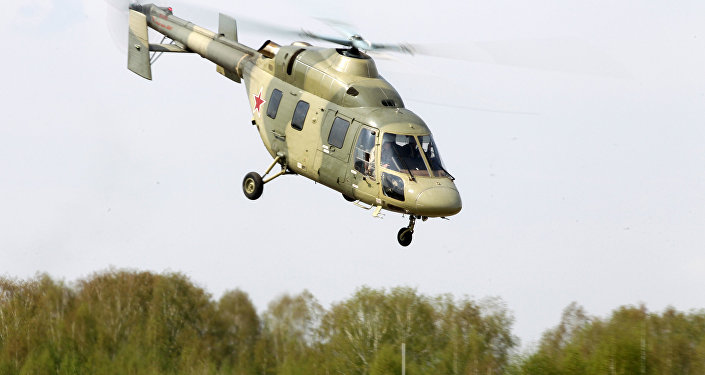 "The Russian Helicopters holding completed the transfer of Mi-28N and Mi-35M attack helicopters and Mi-26 heavy transport helicopter to customers, scheduled for delivery in 2016 in accordance with the terms of state contracts. The helicopters entered service with the units of the Russian Defense Ministry Russia after test completion and preparation of documentation on receive-transmit of the equipment," the statement said.

Mi-28N attack helicopter is designed to carry out search and destroy operations against armored and un-armored vehicles, tanks, low-speed airborne targets and enemy personnel in combat.

Mi-35M attack helicopter is designed to carry out destroy operations against armored vehicles, provide fire support to the ground forces. It is able to conduct missions round the clock in different weather conditions and provide transporting of military personnel, including carrying the sick and injured along with medical personnel, as well as military supplies or other cargo.

Mi-26 heavy transport helicopter is used for mobile delivery of troops and oversize equipment, can be also used for evacuation and firefighting.