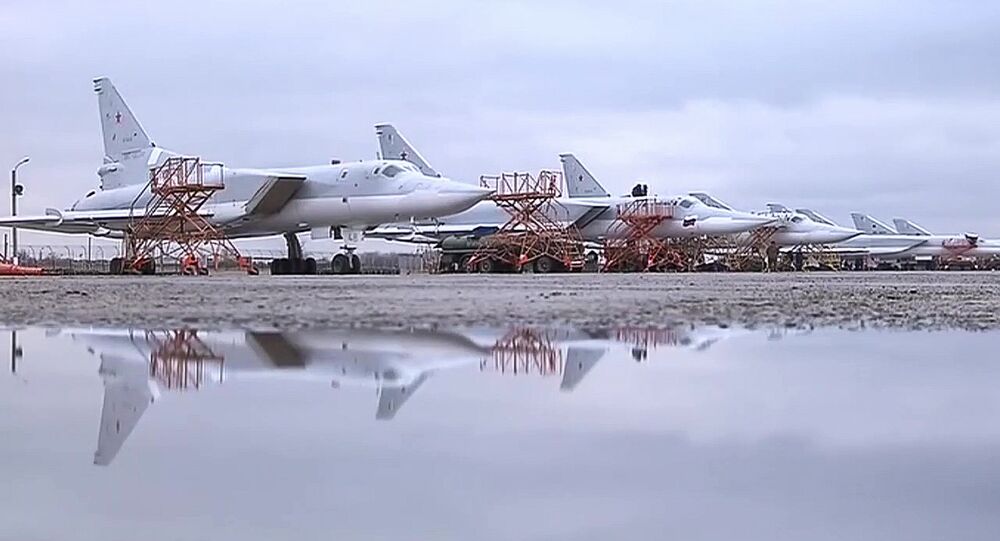 Moscow's aerial operation in Deir ez-Zor will help to prevent militants from overrunning the Syrian Arab Army base and the key city in eastern Syria in the short term, but the operation will have an impact on other parts of the country, particularly the north, analysts told Sputnik.

Damascus-led forces have gradually "pushed Daesh out of areas which the militants captured in recent days," defense analyst Victor Murakhovsky said. There are signs indicating that the SAA "will be able to shut down the militant corridor thanks primarily to the airstrikes conducted by the Russian Aerospace Forces and specifically Tu-22M3 bombers."

Last week, Daesh encircled the Deir ez-Zor military airfield. The base remains the last line of defense of the Syrian army on the way to the city, which has been besieged by the militants for three years. Should the base and the city fall, civilians trapped there will be killed, Lt. Gen. Sergei Rudskoy, the chief of the Russian General Staff Main Operational Directorate, warned.

Murakhovsky said that Damascus was contemplating withdrawing its forces from Deir ez-Zor, but Russian air support has helped to prevent this scenario from playing out.

Host photo agency
Russian Long-Range Bombers Strike Daesh Targets in Deir ez-Zor for Fourth Time
"This is why the Russian Aerospace Forces and the Syrian Arab Air Force have carried out massive airstrikes there. They flew 80-100 sorties to prevent Daesh from advancing," he said.

Russia first sent its Tupolev Tu-22M3 supersonic long-range strategic bombers to target Daesh in Deir ez-Zor on Saturday. The missions were conducted for four days in a row.

Political analyst Alexander Perendzhiev, a lecturer at the Plekhanov Russia University of Economics, suggested that the Russian aerial operation in Deir ez-Zor will have larger implications.

"The airstrikes carried out by the Tu-22M3 aircraft against terrorist targets in Deir ez-Zor will help to push militants out of northern Syria and ensure the subsequent economic recovery of Aleppo, the most industrially developed Syrian province," he said.

Russian Defence Ministry
WATCH Russian Long-Range Bombers Launching Airstrikes on Daesh Arms Depots in Deir ez-Zor (VIDEO)
Perendzhiev maintained that wresting the Aleppo province away from terrorists groups has been a strategic goal for Damascus and its allies. Once this objective is achieved, the Syrian Arab Army will be able to take control over northern Syria and the border region with Turkey. This will help to cut supply routes which are still used to provide assistance to terrorists, smuggle oil and other undeclared goods, the analyst added.

The Syrian Arab Army, assisted by Russian aircraft and its local allies, liberated the city of Aleppo in December following a month-long campaign.