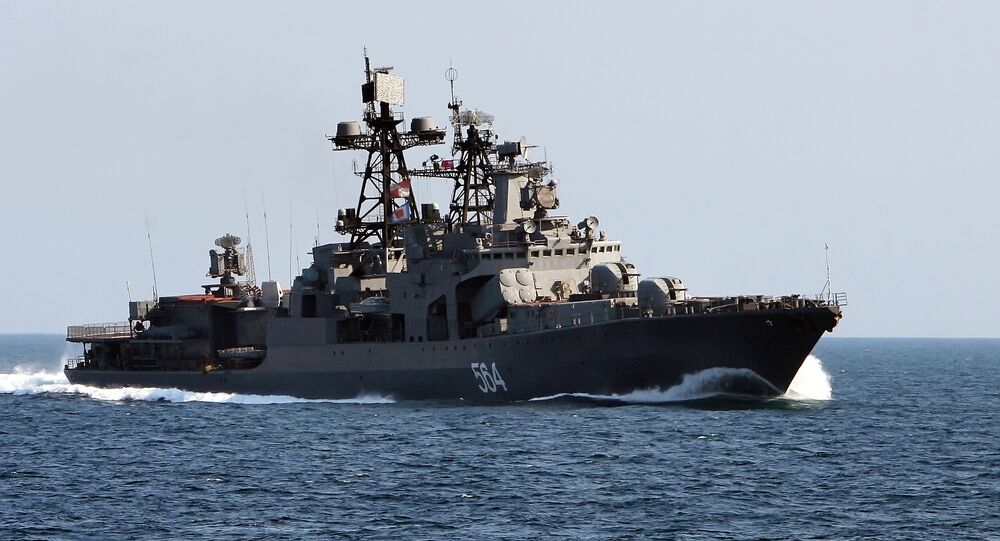 In a move few could have predicted to start off 2017, the Russian destroyer Admiral Tributs and sea tanker Boris Butoma have arrived in the Philippines to conduct military training exercises in an unprecedented navy-to-navy contact between the two nations.

The warships arrived in the region on Tuesday as Russian Navy Rear Admiral Eduard Mikhailov proclaimed a joint mission between Manila and Moscow to target the region’s two most pressing security concerns, maritime piracy and terrorism.

"We’re very sure," the commander of the Russian pacific fleet said, "in the future" Russia and the Philippines will "get such exercises, maybe just the maneuvering." Alternatively, "maybe just use some combat systems and so on," he noted, so as not to tip Russia’s hand concerning its regional naval strategy.

"We will show you what we can do, and we will see what you can do, and show us," he said, adding that the Russian Navy has carried out exercises with the Indonesian navy.

Philippine President Rodrigo Duterte signaled a drastic shift from long-standing ties with the US as Manila seeks to bolster relations with traditional US rivals China and Russia. Duterte instructed the nation’s defense ministry to "reformat" drills with Washington, even though the Philippines was once a US territory and the two countries formally agreed to a Mutual Defense Treaty in 1951.

Mikhailov indicated, however, that East Asian players, including China and “maybe” Malaysia could also coordinate with Russian-Philippine training exercises "in a few years." Maintaining the involvement of these regional partners is crucial for ensuring the stability of the South China Sea, where competing territorial claims continue to fuel geopolitical tensions.

In a recent year-end interview, Duterte openly confessed that his cousins have pledged allegiance to Daesh in Mindanao, the southern-most island of the Philippines. "Let’s be frank: I have cousins on the other side," he said. Later in the interview he claimed his loyalty to the Philippines outweighs that of his own blood. "I’m sorry but, you know, I am serving [the] Republic; I am not serving a relationship."