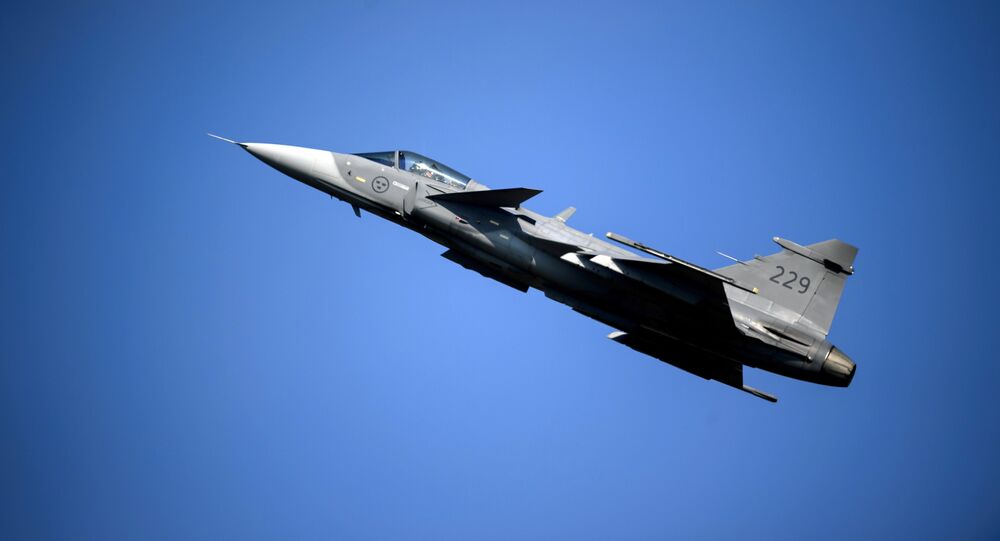 Two of world's major military aviation companies have sweetened the terms for making combat jets in India. The Government expects response from Russian companies too.

New Delhi (Sputnik): India has received proposals from two foreign companies within two months of asking countries like the US, Sweden and Russia to locally build a fighter under a generous technology transfer (ToT) arrangement.

The winner will bag the right to sell the fighters to India for several decades as the Indian Air Force seeks to build 42 active squadrons.

"SAAB of Sweden and Lockheed Martin from the USA have shown interest in manufacturing single engine fighter jets in the country. The initial proposals of both the companies entail ToT for manufacturing of fighter jets in India," Subhash Bhamre, India’s Minister of State for Defense informed Parliament on December 2.

© Flickr / U.S. Pacific Command
No Longer Made in the USA? Lockheed to Expand Weapons Production in India
However, these global aircraft manufacturers have till now not detailed documents to back up their expression of interest proposals. Sources say that Saab is offering ‘ITAR-free’ Galium Nitride AESA radar technology but it is not clear whether Lockheed Martin was making a similar offer. Indian government plans to replace all the MiG-21 squadrons with the new single-engine fighter in the next few years.

India is expected to issue a formal request of proposal (RFP) after receiving the initial response from the global manufacturers. In the absence of a RFP, global manufacturers are unaware of demanded numbers, technical requirements and cost of the exercise.

India is staring at a startling shortage of combat jets to fight two front wars with Pakistan and China. Recently, India has decided to procure 36 Rafale aircraft from France but the first delivery will be made two years and the numbers will equip only two squadrons.

The current strength of the Indian Air Force is 34 squadrons (18-20 aircraft per squadron) which is far below the required strength of 42 squadrons suggested by Indian Parliamentary committees panels for two front wars.