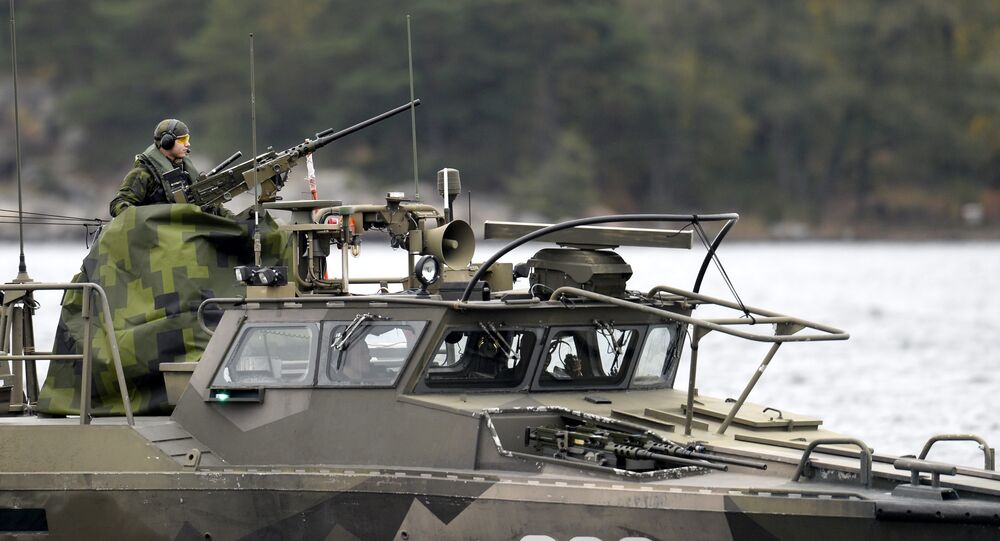 © Photo : Youtube/Försvarsmakten
Blast From the Past: Sweden Dusts Off Cold War Missile System
Remarkably, Trump's future presidency yielded contrary assessments from Sweden's former and present-day Supreme Commanders, signifying two approaches to national defense. Whereas both admitted concern over Trump's statements, in which NATO was called "obsolete" and skepticism of the US' protection of its European allies was voiced, Sverker Göransson and Micael Bydén differed when it came to Sweden's self-defense against Russian "aggression."

According to incumbent Supreme Commander Micael Bydén, Russia's military strength is bound to increase until 2025 and then level off around 2035. Bydén insisted that Russia allegedly used all available resources, both civilian and military, to change the world order, including the Baltic Region. Hence, the boundary between peace and war may get wiped out. To parry this threat, the Swedish Supreme Commander called for a robust national defense.

"It's about the entire chain from intelligence gathering to mobility, action, protection and logistics," Bydén said.

Bydén's predecessor, Sverker Göransson (Supreme Commander of the Swedish Armed Forces in 2009-2015), ventured that "Russia 2.0" posed the largest security threat to Sweden, yet advocated for NATO membership as a possible solution. Göransson went on to dispel the notion of Swedish neutrality.

"Many still believe that Sweden is neutral, but we're not at all. When we joined the EU, we also got a common foreign and security policy," Göransson told Swedish newspaper Norra Skåne.

© REUTERS / Mike Segar
Scandinavia's Got Nothing to Fear, With or Without Trump - Danish MP
Remarkably, Bengt Gustafsson (Supreme Commander of the Swedish Armed Forces in 1986-1994) surpassed his colleagues by advocating a doubling of Sweden's military budget and a re-introduction of air defense on the formerly demilitarized Baltic island of Gotland, which was recently reinforced with a regiment, the Swedish tabloid newspaper Aftonbladet reported.

Gustafsson cited the risk of a Russian invasion of the Baltic states to establish a "land bridge" to the Kaliningrad Region. According to Gustafsson, this would be made possible by the US' failure to adequately protect the Baltics.

At present, Sweden maintains the lowest defense expenditure of all the Baltic Sea nations at 1.1 percent of the GDP. Since 2009, Sweden's Armed Forces have been mostly modeled for small-scale peace operations abroad. The 2015 defense policy involves a heightened alert and features extra defense expenditure. A year ago, Micael Bydén, Supreme Commander of the Swedish Armed Forces, admitted that Sweden's defensive politics were largely governed by Russia's actions and ongoing re-armament. Consequently, a cross-party agreement to amplify defense expenditure was reached.