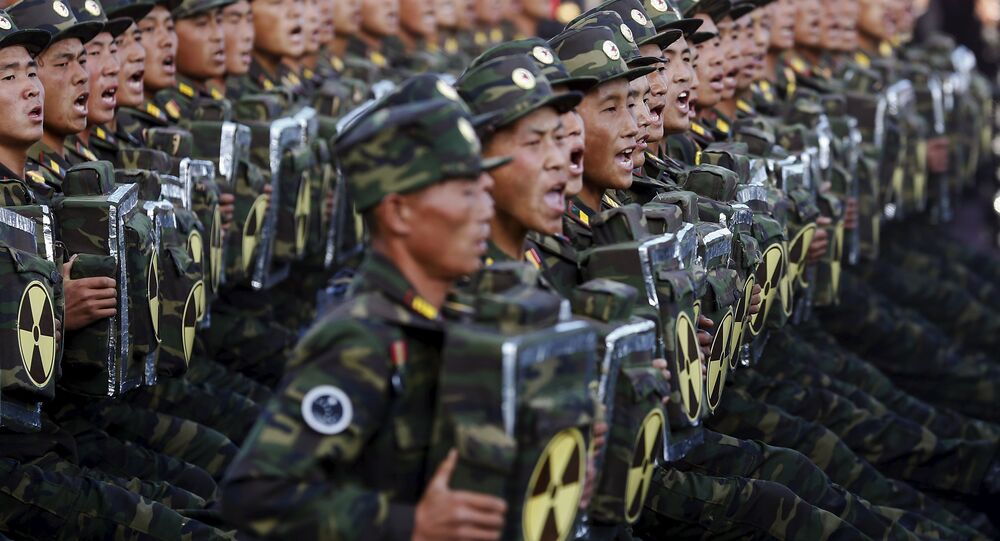 After conducting a series of successful nuclear tests, North Korea is putting together an elite military unit that will be equipped with “nuclear backpacks,” according to an unnamed source in the isolated nation.

In the latest development, a source from the isolated country claims that Pyongyang has been secretly developing secret military units that will be comprised of soldiers outfitted with "nuclear backpacks," according to the International Business Times.

"Outstanding soldiers were selected from each reconnaissance platoon and light infantry brigade to form the nuclear pack unit the size of a battalion," the source said.

The precise function of the purported backpack remains unclear. Weighing somewhere between 22-62 pounds, the units will either explode or house a kind of atomic spray.

"The enemy’s aircraft carriers will capsize even if a nuclear backpack is detonated at a distance," the source said. "This is aimed at reinforcing the psychological armament of North Korean soldiers and to prevent them from being afraid of war."

But the same source also asserted that the packs will not create large nuclear blasts, but will instead contain nuclear material that can be sprayed over the enemy.

"Once the uranium has been sprayed [in an area], people cannot live there for several decades because of radioactive contamination," the source claimed.

Tensions have been running particularly high on the Korean peninsula. In January, Pyongyang began conducting nuclear and ballistic missile tests that resulted in the implementation of harsh new sanctions by the United Nations. The North further threatened to destroy the United States using "nuclear hammers of justice."

The increasingly provocative actions appear to be a response to the massive two-week Ulchi Freedom Guardian (UFG) war games conducted between the US and South Korea, which Pyongyang describes as a rehearsal for a full-scale invasion of the North.

Further escalating the situation, Seoul plans to install a US Terminal High Altitude Area Defense (THAAD) missile system, citing a threat from Pyongyang. Both Russia and China, however, have called the installation a threat to national security.