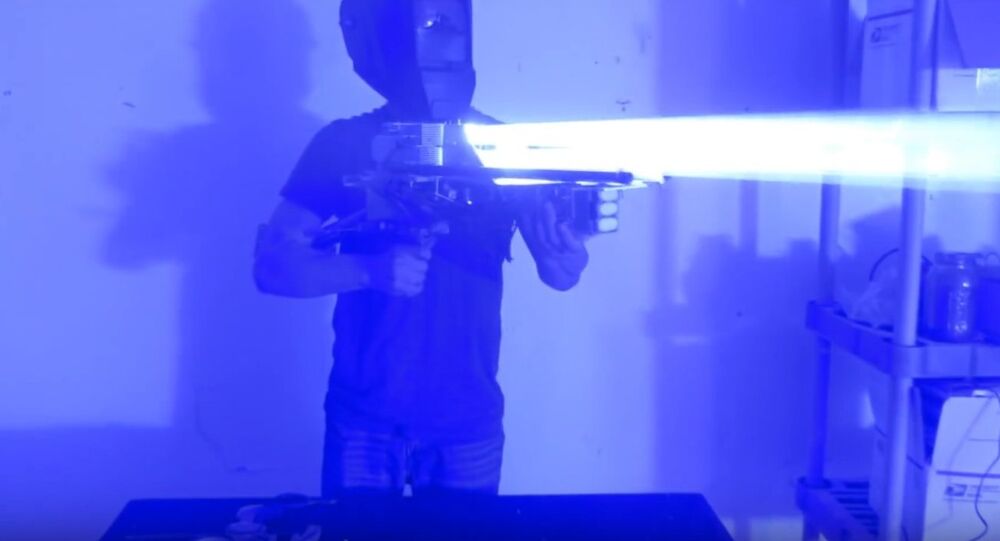 The Defense Advanced Research Projects Agency (DARPA) has issued requests for designs of an omnipresent laser system that can defend America from the scourge of hundreds of miniature drones… and probably Russian hypersonic weapons as well.

The Pentagon has announced plans to develop a system capable of shooting down hundreds of drones in an instant tasking the Defense Advanced Research Projects Agency (DARPA) to contrive such a drone shield in order to combat a future in which national security analysts predict the world will be besieged by many miniature unmanned armed vehicles.

DARPA has already begun the solicitation process for a "Mobile Force Protection" system putting out a request for information to identify "novel, flexible, mobile layered defense systems and component technologies that could be leveraged to improve force protection against a variety of sUAS (small unmanned aerial systems) threats and tactics, could be fielded within the next three to four years, and are structured to rapidly evolve with threat and tactic advancements."

In layman speak, DARPA wants an omnipresent death laser that can shield the country from a Star Wars styled post-apocalyptic drone invasion and they want it now – or at least by 2020. DARPA has laid out a list of requirements in terms of the system’s ability to detect and track drone systems and its ability to “neutralize” target.

Other ideas, besides an omnipresent death laser include catching drones in a massive fishing net, overriding an unmanned aerial vehicle’s flight controls or having it be caught by a separate aerial vehicle in a manner similar to an eagle catching a small bird of prey.

There may be more to this project than just repelling the threat that the citizenry resorts to mass use of drones in order to convince Washington politicians to start passing legislation as it may be a guide to tackle the ever present "Russian threat" which defense analysts view as more severe than ever in light of recent successful testing of the 7,680MPH hypesonic glider.

DARPA explains that they want the system to be able to go on trucks and ships, if necessary, and also be able to "address rocket, artillery, mortar and other conventional threats" – it may be intended to also combat the surge in glider technology by not only Russia, but also China and India.

Given the need to address conventional threats, alternative ideas including the massive net, overriding a system’s flight controls and catching a drone with an eagle-like system appear to be off the table. Popular Science magazine opines that DARPA indeed is looking for a highly sophisticated laser system.

DARPA may be in luck as the defense community has already begun extensive research and development of laser weaponry – the US Air Force, Army and Navy have all fielded laser systems that could conceivably be augmented to fit the demands of the DARPA request while the Marine Corps is actively experimenting with a laser-toning anti-drone truck.

Although DARPA will likely show a preference for American companies, both Israel and Germany have recently displayed anti-drone laser systems at military arms shows in recent months.