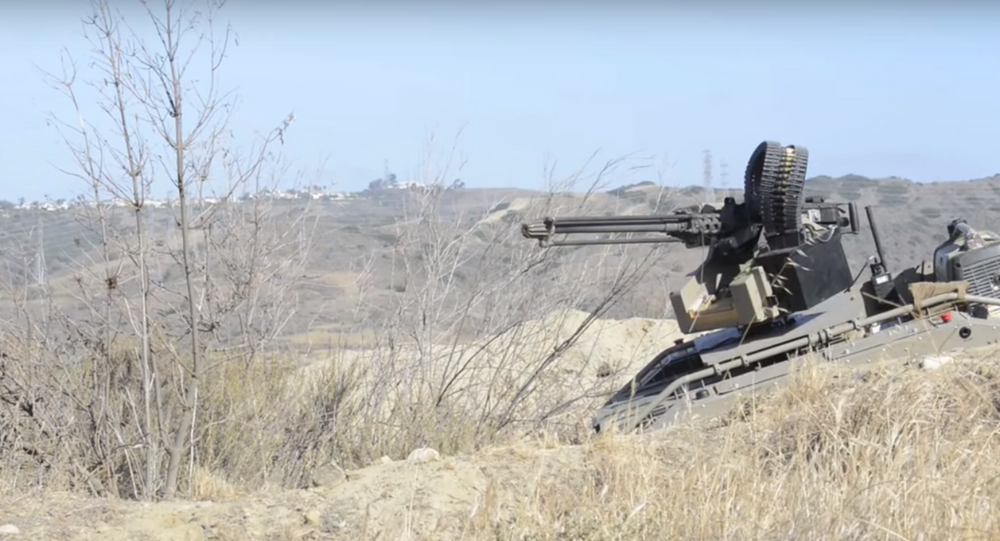 WATCH: US Marines Are Getting Land Drones With Heavy Machine Guns and Tiny UAVs

The US Marine Corps has spent years developing multiple unmanned combat robots, and last month it took them for a test drive.

With the advent of unmanned aerial vehicles (UAV) like the Reaper and Predator drones, it is becoming increasingly clear to many military strategists that wars of the future will be fought primarily by machines. In the US, most of these gadgets have been reserved for the Air Force, but the Marine Corps has been developing its own specialized mechanical units.

One such device is the Modular Advanced Armed Robotic System (MAARS), developed by defense contractor Qinetiq, designed to be a reconnaissance, surveillance, and target acquisition system, all in one.

Similar to the SWORDS robot, MAARS is outfitted with an M240B machine gun, four M203 grenade launcher tubes, and can carry roughly 300 pounds.

The Multipurpose Unmanned Tactical Transport (MUTT), developed by General Dynamics, is a similar unit designed to autonomously follow troops, while carrying supplies. It has a center-mounted machine gun.

Significantly smaller than either unmanned ground vehicle is the PD-100 Black Hornet Nano, a UAV that can fit in the palm of the hand. Weighing less than an ounce, the Black Hornet can provide aerial surveillance and is operated by ground troops in real time.

The Black Hornet is designed by Norwegian company Prox Dynamics, and can be retrofitted with night-vision capabilities and long-wave infrared video sensors.

The video highlights a number of other technologies being tested by the Marines. These include devices for reusable energy, water purification, and expeditionary medicine.