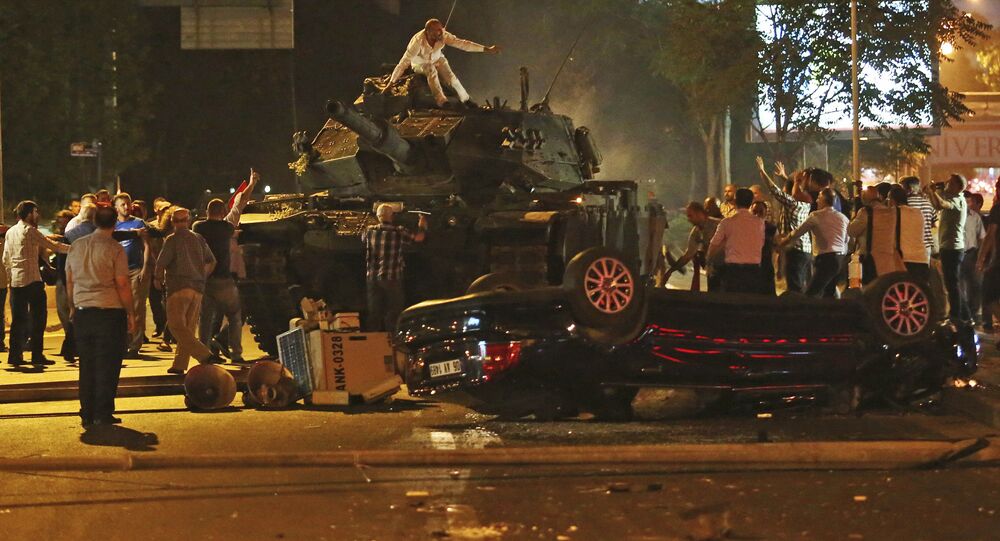 As the Turkish government continues a widespread purge of its countrymen following last week’s coup attempt, precise numbers of those implicated are becoming clearer.

In the wake of the failed coup, Ankara has launched an unprecedented crackdown on those they claim were involved. In moves that many note appear to be well-scripted enough to have been planned in advance, approximately 1,684 military personnel have been dishonorably discharged, and tens of thousands of civil servants have been fired.

On Wednesday, the Turkish military provided a statement to Turkey’s NTV television and said it believes 8,651 soldiers took part in the coup, roughly 1.5% of Turkey’s forces.

At least 35 planes were used, 24 of which were fighter jets. Other aircraft included refueling tankers, as well as 37 helicopters.

On the ground, coup-supporters commandeered 37 tanks and 246 armored vehicles.

The statement affirmed that Turkey maintains the strength to put down future threats. Writing for AntiWar.com, Jason Ditz isn’t so sure.

"With Turkey continuing to sweep up more and more people in its purge, particularly from the military, many analysts are calling Turkey’s military a 'broken force,' and with so much of the military leadership swept up, it’s going to take a long time for it to recover," he writes.

Ankara has requested Gulen’s extradition, but Washington has so far refused to comply.

Speaking during a panel organized by the Rossiya Segodnya News Agency on Thursday, German political scientist Alexander Rar suggested that Ankara may be forced to reconsider its geopolitical alignment if it ultimately discovers that a foreign government was behind the coup attempt.

"…If it turns out – and it is no longer possible to hide anything – that the attempted pitch against Erdogan was somehow sponsored by Saudi Arabia, or by other states," he said, "if it turns out that once again, as in 1980, US intelligence is behind the coup, I think that the question of Turkey’s exit from NATO can be put on the agenda."