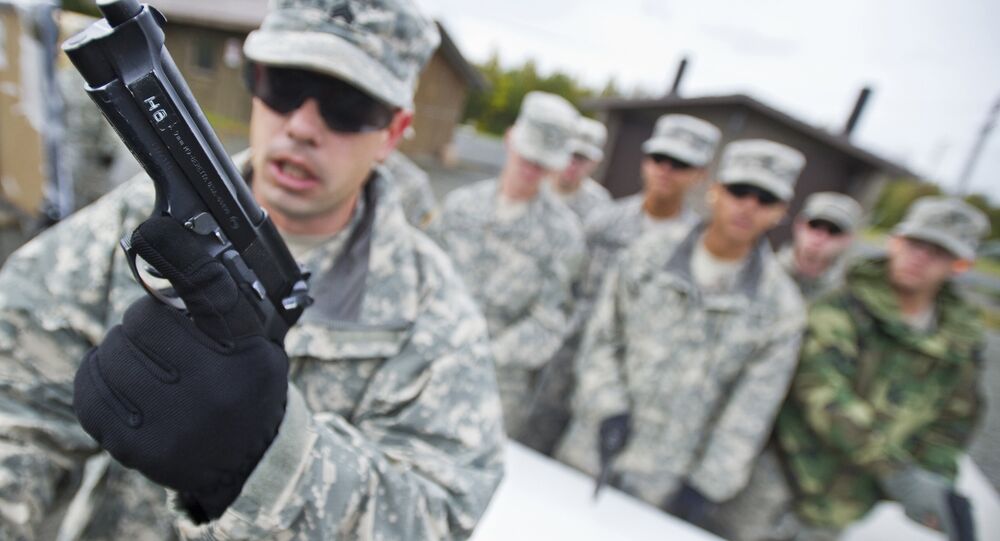 Pentagon Looks for a Next Generation Firearm, Blasted by General for Idiocy

Army Chief of Staff General Mark Milley decried the Pentagon’s expensive and time-consuming bureaucratic process to produce what he says is just a pistol, ‘not the lunar landing.’

On Tuesday, the US Department of Defense (DoD) announced that it will select three preferred bidders in the third quarter of 2016 to be the American military’s primary firearms distributor. The DoD’s Modular Handgun Systems (MHS) program continues, despite repeated calls by senior US officials to abandon the effort in favor of commercial off-the-shelf (COTS) solutions.

Currently, US service members use the Beretta M9 as their primary firearm, with the MHS program calling for the development of a new field weapon for ground troops. The effort calls for up to 500,000 replacement firearms for Army, Navy, Air Force, and US Special Operations Command personnel, but several leading US military officials oppose the transition.

One opponent, US Army Chief of Staff General Mark Milley, suggested in April that the DoD should procure Glock 19 handguns from commercial vendors to replace the Beretta M9, citing weapon reliability and ease of transition.

Despite opposition from top military officials including General Milley, the Pentagon is moving forward on a next-generation firearm, with 12 bids received. The weapons currently contemplated to replace the Beretta M9 include polymer handguns from General Dynamics and Smith & Wesson, the Glock 17 and Glock 22, the Beretta APX, and Ceská zbrojovka’s CZ P-09.

Sources tell weapons publication IHS Jane’s that officials favor 9x19mm and.40 caliber weapons over.45 caliber handguns based on size, weight and accuracy. The 12 bidding entities have modified their guns to meet the caliber specifics.

The process will take at least another year as US military officials conduct product verification tests of the preferred bidders ahead of initial production – a delay that has caused considerable scorn among lifetime military officials.

General Milley complained about the process, apparently steeped in bureaucracy, with an eye toward benefiting weapons contractors rather than advancing the country’s military imperative. "We’re not figuring out the next lunar landing. This is a pistol. Two years to test? At $17 million?"

The General proceeded to request that the Pentagon issue him the $17 million directly saying that he could go down to the local sporting goods store and buy a handgun for every person in the military by the end of the afternoon. DoD officials have yet to respond to the General’s offer.