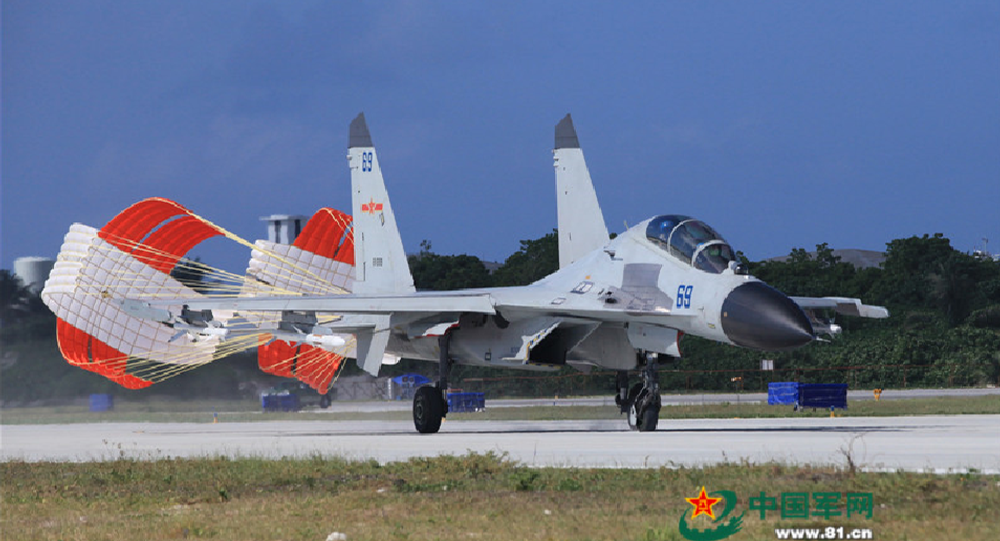 China has almost doubled its weapons exports over the past five years, a military think tank said on Monday. According to a new report by the Stockholm International Peace Research Institute, China’s arms imports have shrunk by twenty five percent from 2011 to 2015.

© REUTERS / Stringer
China's Major Military Restructuring Aimed at 'Closing the Gap' With US
During the same period, Chinese exports of major arms mounted by eighty eight percent. The figures thus highlight an increasing confidence in the country’s homemade weaponry, despite existing drawbacks.

Over the past years China has poured billions of yuan into developing its weapons industry to back its ambitious military modernization. However, the paper notes that China still accounts for only almost six percent of global arms exports, well behind Russia and the US – world’s two largest arms exporters.

“The Chinese know what they are doing and they are producing and willing to export to the world. Even in Europe they show up in European factories, Chinese weapons that are trying to push into European market.”

© AP Photo / Roley Dela Pena, Pool
Beijing Says Military Installations in S China Sea Not Militarization
“Just last year the Chinese signed an order with Turkey for a long range air missile system in competition with two Western and one Russian company. That in itself said a lot about Chinese technology in the end the contract didn’t go through; however that was for political reasons.”

Talking about how long it would take for China to catch up with the global leaders, Wezeman said that the Chinese leaders about fifteen years ago said that they would produce everything themselves. “But producing helicopters, combat engines etc. are more difficult than they expected. You can learn from technology that you import from Russian, Ukraine or France but it’s another thing just to copy it. You cannot just copy an engine; you have to make sure that you understand what the bits and pieces are actually made of. What type of metal is and that’s more difficult than it looks.”

The expert further spoke about how China has a lot of bright engineers and how the government is putting a lot of money into the development of civilian and military products.

Wezeman then spoke about the arms race in general and how the current monitoring of arms trafficking is related to human rights. He spoke about the situation in Yemen and the rumors that Saudi Arabia has been using the US made cluster bombs in attacks.

“Human rights are only one issue that you look at when you supply weapons. Other issues like access to natural resources, strategic alliances play an extremely big role. In the end you may hope that you get sort of a global rule on what you can or cannot do in these types of conflicts.”