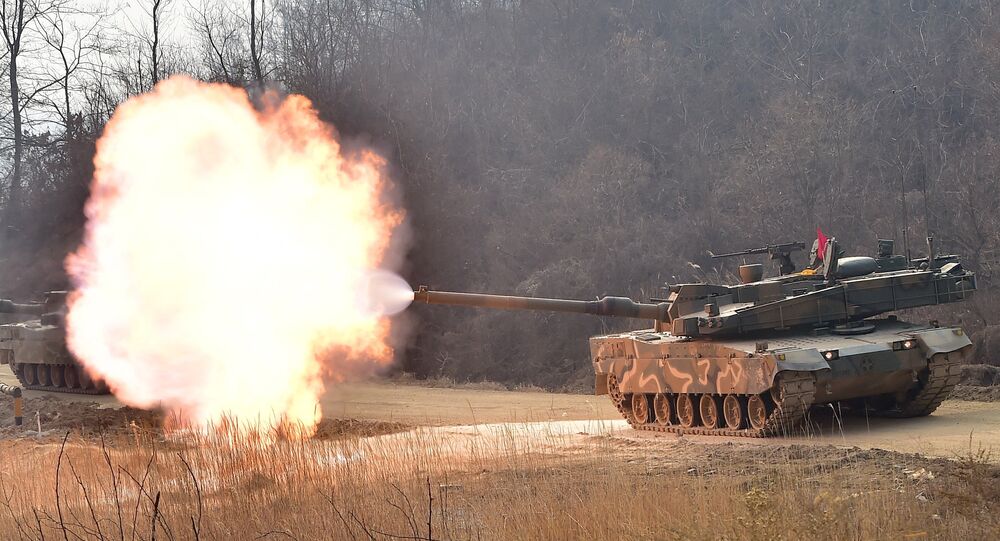 South Korea's hugely expensive K2 tank is being developed because of concerns over future weapon supplies to the US-allied country, which have forced it to make a long-term investment in its own security and independence.

South Korea's decision to mass-produce the K2, one the world's most expensive tanks, reveals a preference for politics over economics, military expert Vasily Kashin told Sputnik.

The K2 is an improvement over South Korea's K1 tank, designed by companies including General Dynamics and produced using many imported parts. According to Kashin, this could be due to South Korean concerns over the availability of imported parts.

"There is no confidence that the existing system of unions, and with it, access to supplies of arms and spare parts from Europe and the US, will remain forever. Because of that, US allies including Japan, South Korea and in part, Taiwan, are investing funds into their own military industry, even when imports would perfectly solve their current problems," Kashin wrote.

According to Kashin, the K1 was most likely already superior to North Korea's tanks, but its mostly-imported components likely created concern for the South Korean military.

"It counters North Korean tanks, most of which are either old Soviet machines or 'new North Korean developments,' which are in fact attempts to radically improve the old T-62 Soviet tank," Kashin wrote.

The high price reflects the cost of domestically-made components, such as the engine from Doosan Infracore and transmission from S&T corporation, which raised the price and delayed production.

The K2 has also not had much success as an export because of its prohibitive cost. A licensed copy called the MITUP Altay is being debuted in Turkey, although it features a Turkish-designed turret.