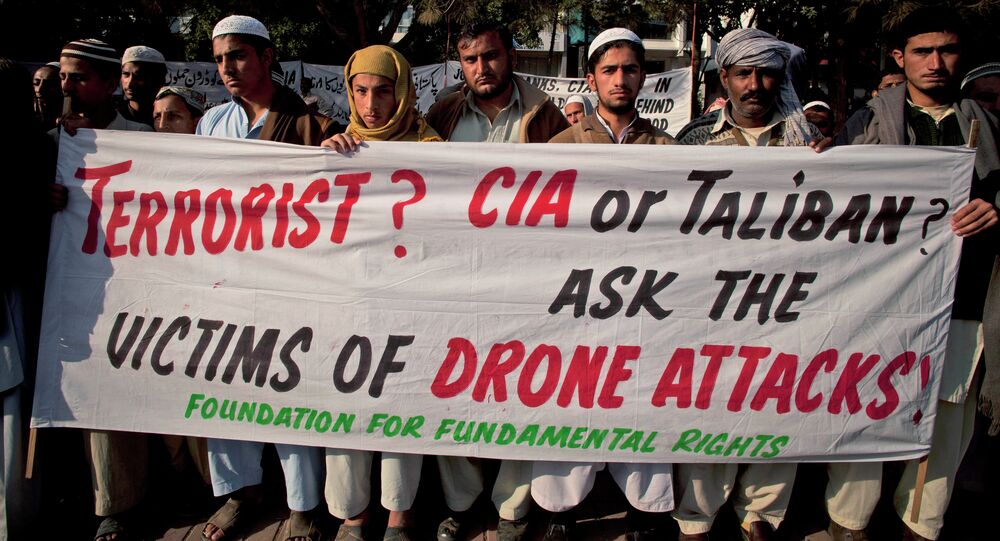 The latest report on Yemen released by the UN’s Office of the High Commissioner for Human Rights (OHCHR) shows that the American drone strikes may have killed about 40 Yemeni civilians over the past year.

The statistics on drone strikes came from the latest report by the UN which collected accounts of human rights violations in Yemen from July 1, 2014 to June 30 of this year.

According to the UN report, “For years, Yemen has been torn by conflicts between different political and ideological forces. The current conflict between the Government of Yemen and the armed groups has polarized the country in an unprecedented manner. The subsequent intervention of the coalition forces intensified hostilities.”

As stated in the UN report, the OHCHR was informed of drone strikes in parts of the country with allegations of civilian casualties. The attacks are believed to have been conducted by joint forces of the United States of America and Yemen as part of a campaign against al-Qaeda in the Arabian Peninsula.

“OHCHR received reliable information indicating that as many as 40 civilians, including a child, may have been killed during the period under review as a result of drone attacks in Al-Baida, Al-Jawf, Marib and Shabwah.”

According to figures maintained by the Bureau of Investigative Journalism's Drone War program, at least 101 people have been killed by confirmed drone strikes in Yemen, plus 26 to 61 others killed by “possible extra drone strikes.” In covert missions since 2002, around 156 and 365 civilians have also been killed, according to the group.

If correct, the UN's estimates would signify a substantial rise in confirmed civilian casualties in the country as a result of drone strikes.

Recent estimates from the UN Office for the Coordination of Humanitarian Affairs show that almost 1.5 million people are currently internally displaced in the country due to the warfare. Over 21 million Yemeni citizens are deemed to be in current need of humanitarian protection or assistance.

Over 1.1 Million Yemenis to Get Food During Humanitarian Pause, UN Says