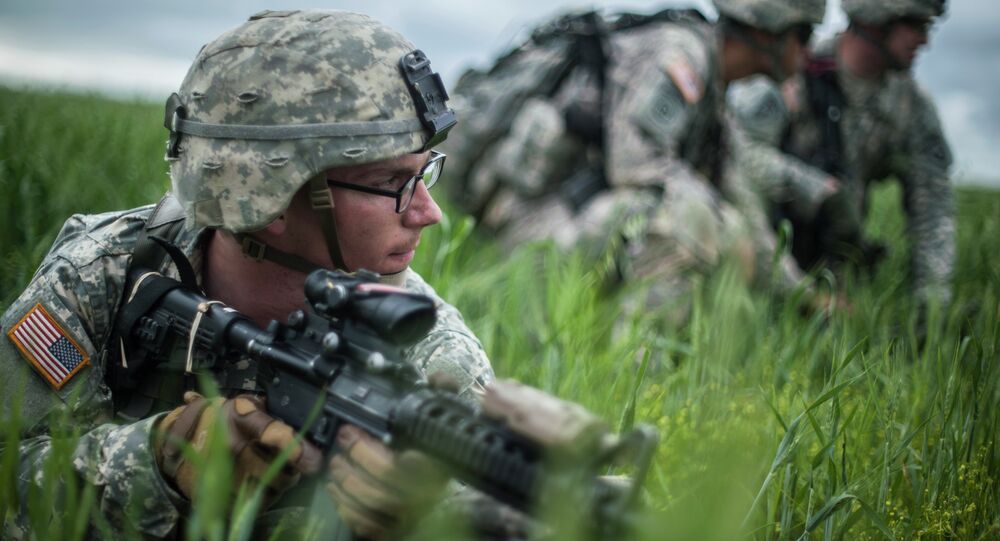 NATO drills in Poland demonstrated that the alliance is able to quickly respond in case of a military action. That’s the official version. Unofficially, the large-scale military operation was directed against Russia and was intended to intimidate the Kremlin, said Florent Parmentier, a political expert at Paris Institute of Political Science.

NATO created a Very High Readiness Joint Task Force (VJTF), a special unit available to respond to threats on short notice. All together the VJTF is expected to have at least 40,000 soldiers ready to be deployed within 48 hours, according to NATO Secretary General Jens Stoltenberg.

NATO wants to show its strength and to intimidate Russia, wrongly assuming that Moscow wants to "invade" Eastern Europe. "Cold Warriors" from NATO want to demonstrate their usefulness and assume the role of "European protectors," Parmentier said.

The western military alliance has been openly stating that Moscow poses a threat to its neighbors, all the while flashing its military hardware close to Russian borders. However, NATO muscle flexing and enhanced drills in Europe lack any merit since Russia neither poses a military threat to Eastern Europe nor want to frighten its neighbors. Claiming otherwise is simply ridiculous.

The United States tries to justify its military activities in Europe by asserting that Russia is somehow to blame for the civil war in Ukraine, sparked by the US-sponsored coup in February 2014.

@loftus_pam You're kidding, right? It's us (#NATO) doing the expansion, in violation of agreements. #cdnpoli pic.twitter.com/toBRNPzOzl

Russia, on the other hand, stated numerous times that it is ready for a dialogue with NATO. The two sides could cooperate better only if NATO showed more respect for Moscow's legitimate interests and respected international law.

© Flickr / Glenn Pope
US Can’t Keep Its Promises: 20 Years of Lies Behind NATO’s Expansion
Russia and NATO should look for ways to develop a genuine system of collective security with a minimum emphasis on military factors, Russia's ambassador to NATO Alexander Grushko said.

"NATO hates to find itself pushed to the sidelines of historical progress and lose its job. We don't. Because if we manage to build a genuinely collective security system we would have a unique chance to work on tackling real global challenges," the Russian diplomat said.

It's All About NATO: Pentagon Seeks Further NATO Expansion Toward Russia