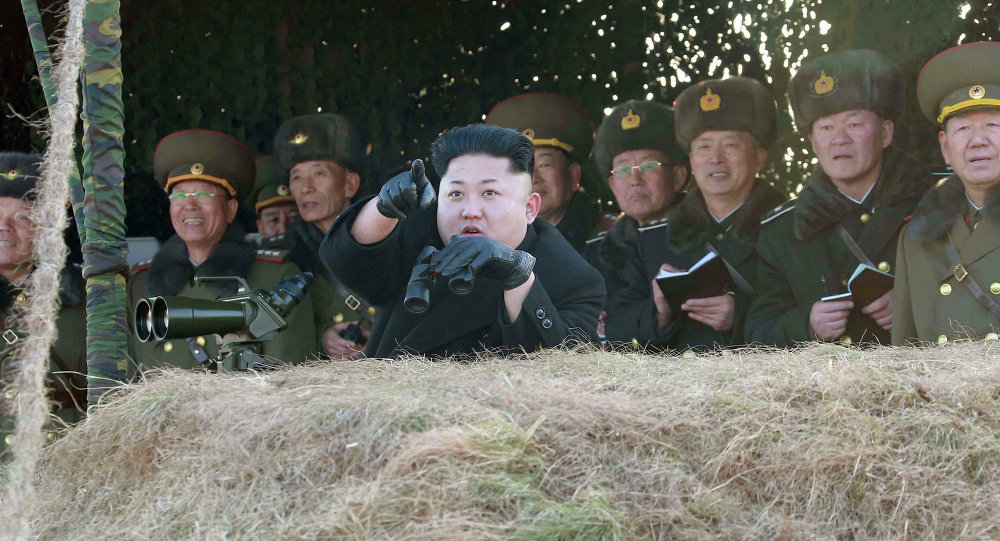 Kim Jong-un flew to the Kalma air base in Wonsan along the country's east coast on his plane, Chammae-1, to “guide” the Combat Aeronautics Contest, said the Korean Central News Agency (KCNA).

Kim said the contest was planned to “bring about a radical turn in the drills to round off preparations for a war full of the will to settle with arms accounts with the US imperialists, the chieftain of aggression, and the South Korean puppet group keen to escalate the confrontation with the fellow countrymen and that of social systems, seized with sycophancy toward the US,” the KCNA said in its English-version report. 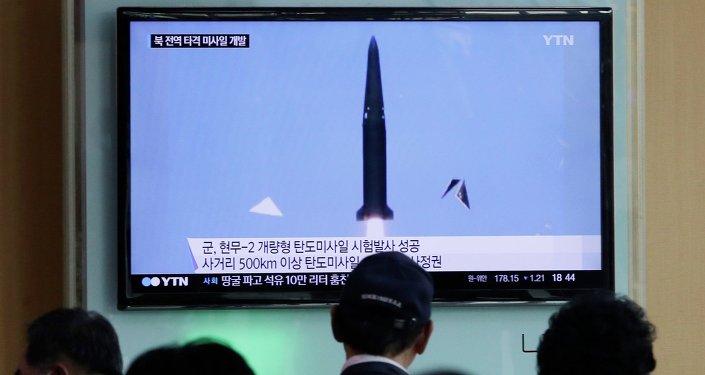 © AP Photo / Ahn Young-joon
N Korea Fires Three Missiles Into Sea, Planting Landmines Near Border
The contest was the second of its kind in the North's seven-decade history. It was held on the occasion of the 62nd anniversary of the Armistice Agreement that ended the 1950-53 Korean War. The North celebrates it as Victory Day.

Subsequently, Army General Ri Yong-gil, Chief of the General Staff of the North's military, said the peninsula is on the brink of another conflict like the Korean War.
Ri accused the US and South Korea of misleading public opinion through “distortions and reckless war plots.”