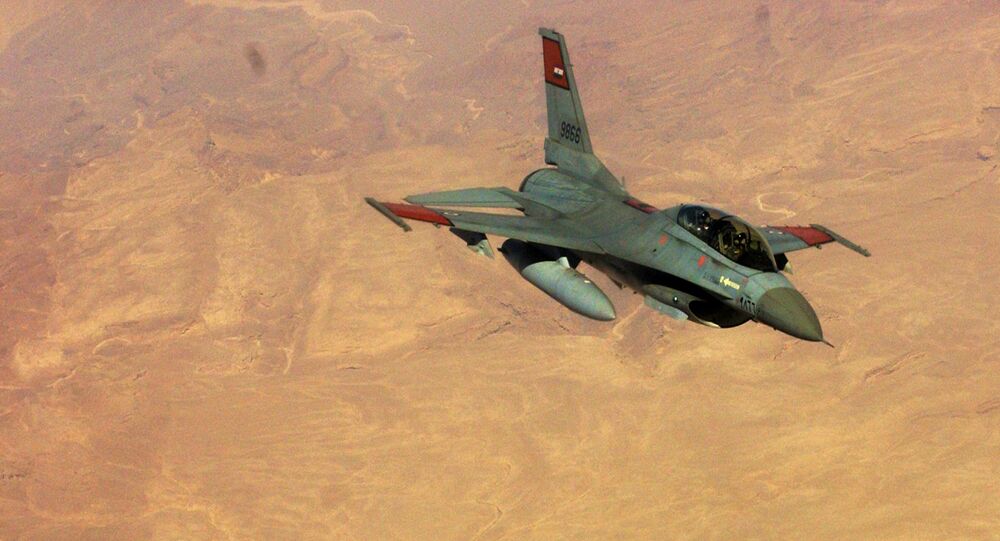 The United States will deliver eight F-16 Block 52 aircraft to Cairo, as a part of its commitment to upgrade Egypt’s military might in light of current terrorist threats, the US Embassy in Cairo said Thursday.

© AP Photo / Karin Laub
US Defense Contractor Supplies Jordan With Modern Border Security Equipment
CAIRO (Sputnik) — According to a statement published on the embassy’s official website, the jets are being flown directly from the United States and will arrive at Cairo West Air Base on July 30 and 31.

Following the overthrow of then Egyptian President Mohamed Morsi in 2013, relations between Washington and Cairo became strained, with the United States limiting its support to the Egyptian government and suspending the previously-agreed delivery of 10 Apache helicopters to Cairo.

However, in April 2015, the US administration decided to resume its $1,3 billion-a-year program of upgrading the Egyptian military.

According to the embassy’s statement, the US will deliver four more F-16 fighter jets to Cairo in the fall.