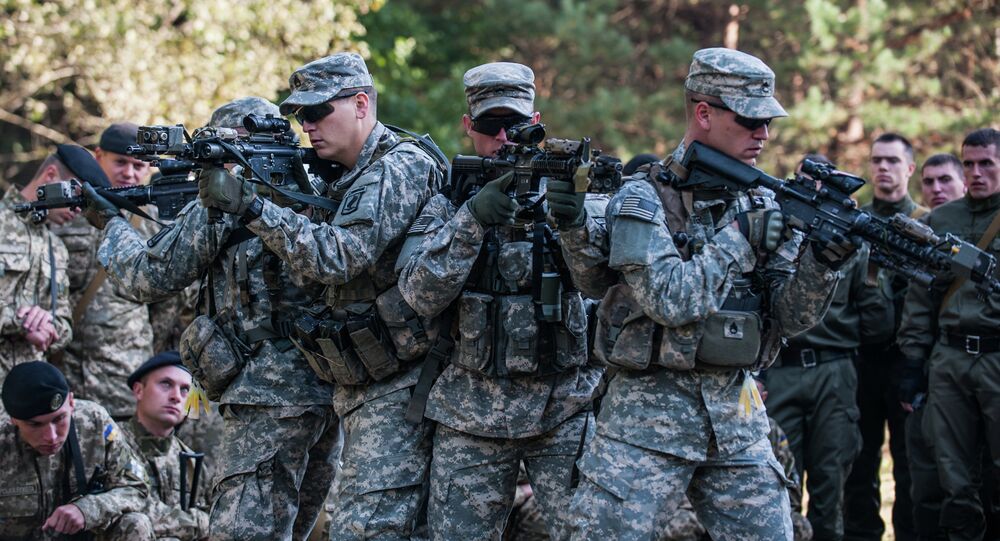 The ongoing tension between the West and Russia is set to continue as US forces kicked off widespread military exercises in Ukraine, seen by many as a highly provocative gesture aimed at Moscow.

Do you think NATO drills in Ukraine can undermine the peaceful settlement of the conflict?
Voted: 2434
All polls

The Rapid Trident military exercise, which is the largest military exercise to be held in Ukraine this year, officially started at the Yavoriv training area in the country's west and will consist nearly 2,000 troops from 18 countries, who will take part in the 12 day program.

The war games, primarily headed by the US army's European division, will see members of armed troops from Ukraine, the US and many other countries take part in a series of military exercises.

Ukraine will see 800 of its troops take part while the US has the second largest representation, with 500 soldiers involved in the activities.

While officially the Rapid Trident program is designed to focus on "peacekeeping and stability operations to ensure a safe and secure environment" many have questioned why the military games have are staged in Ukraine, given the ongoing war in the country's east.

Many analysts have suggested that the games are part of a US-led approach to assert greater influence in the country, following tensions with Moscow over the handling of the Ukraine crisis.

Rapid Trident: US Humvees on tour… at the Polish-Ukrainian border at Korczowa. #Ukraine #NATO pic.twitter.com/iSUtNacDZ0

Critics have condemned Washington for initiating the training camp, which is particularly ironic given the US has hit out at Russia for allegedly working to destabilize Ukraine by supplying the country's rebels with weapons.

Russia has continually denied the accusations of military involvement in Ukraine, instead pointing out that the Rapid Trident training camp, combined with a larger build up of military personnel and equipment in eastern Europe has in fact led to an increase tensions between the nations between Russia and the West and is undermining the Minsk agreements to find a political solution to the Ukrainian conflict.