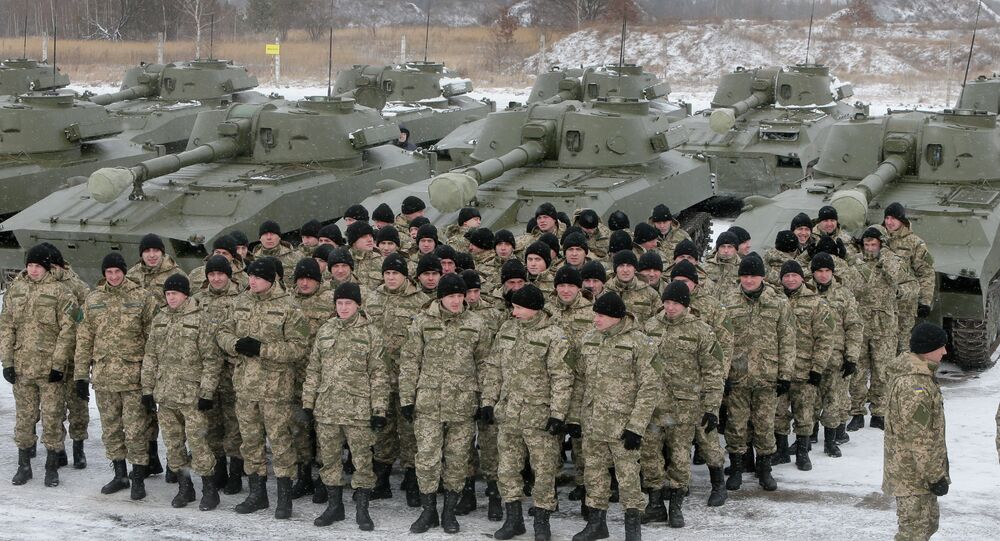 “CNG and Ukrainian troops have long trained beside one another to heighten preparedness for both natural disasters and contingencies,” Bender said. “Conducting regular training exercises has been central to these efforts in the past and will remain critical going forward.”

© AFP 2021 / ANATOLII STEPANOV
Ukrainian Army Must Repair ‘Old Junk’ as It Lacks New Military Hardware
Earlier in June, CNG met with the commanding officers of Ukraine’s National Guard in Kiev and expressed hope for continuing joint exercises “in the near future,” according to the press office of the Ukrainian entity.

Bender said CNG has been cooperating with Ukrainian military for more than 20 years under the State Partnership Program.

“The partnership is aimed to strengthen Ukrainian defensive capabilities and maintain the viability of international borders,” Bender added.

The spokesperson did not say, however, when the next training exercises will take place and how many people will participate in them.

In April, the US Army sent 300 paratroopers to western Ukraine to train the country’s National Guard. The Kiev government has said it is planning to hold three joint drills with US troops later in 2015.