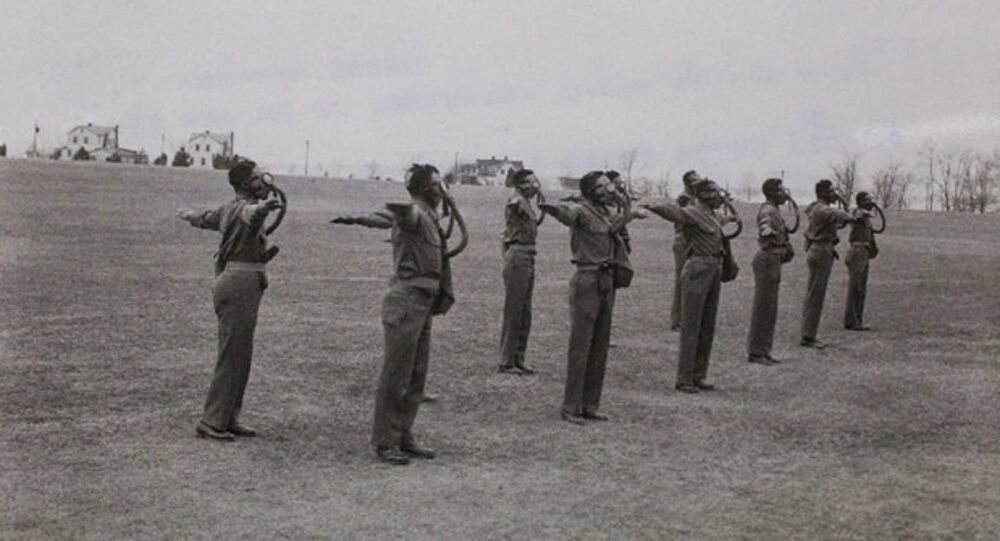 US Military Tested Chemical Weapons on WWII Soldiers by Race

The US government has confirmed that it separated soldiers by race when testing chemical weapons during World War II in order to see how non-whites reacted compared to "normal" white soldiers.

Though the formerly secret program was declassified in 1993, a new investigation by NPR includes interviews with former test subjects and documents obtained through a Freedom of Information Act Request, which confirm the grouping of enlisted men by race to determine if different races reacted differently to the chemical agents.

Rollin Edwards, who is African-American, was one of the 60,000 enlisted men that were exposed to mustard gas and other chemical agents. While some men were exposed to liquid chemicals directly on their skin, and others were exposed out in the open in battlefield conditions, Edwards, now 93 years old, was shut up in a wooden chamber with several other men, and gas was piped into it.

"It felt like you were on fire," said Edwards. "Guys started screaming and hollering and trying to break out. And then some of the guys fainted. And finally they opened the door and let us out, and the guys were just, they were in bad shape."

Edwards still has irritated skin which flares up and peels off because of his exposure. He and other test subjects were not given follow-up medical care. Since test subjects were not allowed to mention the classified program that caused their subsequent health problems, many never received adequate medical attention.

Declassified document
One of the documents obtained through FOIA by NPR described a study carried out in the Spring of 1944 which sought to determine whether mustard gas had a different effect on enlisted men of Japanese ancestry - nisei - but which found "no significant difference."

Louis Bassho, a Japanese-American, received a commendation that cited a group of soldiers for going "beyond the call of duty by subjecting themselves to pain, discomfort, and possible permanent injury for the advancement of research in protection of our armed forces." The long list of names attached to the citation — including a group of conspicuously all-Japanese surnames — was one of the clues indicating that the testing had been done along racial lines.

"They were interested in seeing if chemical weapons would have the same effect on Japanese as they did on white people," David Bessho says his father once told him. "I guess they were contemplating having to use them on the Japanese."

"I'm angry. I'm very sad," said Rep. Barbara Lee (D-Calif), who is both a member of the Congressional Black Caucus and the subcommittee for veterans' affairs. She alluded to the precedent of the experiments performed on the Tuskegee airmen.

"I guess I shouldn't be shocked when you look at the syphilis studies and all the other very terrible experiments that have taken place as it relates to African-Americans and people of color. But I guess I'm still shocked that, here we go again."

Mustard gas causes painful burns and can damage DNA almost instantly upon coming into contact with skin. If inhaled it can cause asthma and emphysema, and exposure can cause leukemia and skin cancer as well.

A spokesman for the Pentagon was quick to put some distance between the current defense establishment and NPR's revelations.

Public Domain
Decades On, US Will Pay Millions to Vietnam Vets Exposed to Agent Orange

"The first thing to be very clear about is that the Department of Defense does not conduct chemical weapons testing any longer," Army Col. Steve Warren, director of press operations at the Pentagon, told NPR.

"And I think we have probably come as far as any institution in America on race…. So I think particularly for us in uniform, to hear and see something like this, it's stark. It's even a little bit jarring."

Prior to the NPR investigation, a 2008 academic article revealed details of the racial grouping of the experiments, in the hopes of finding an  "ideal chemical soldier" who might have greater resistance to chemical agents, but had received little attention in wider media.